SAFF U-18 Football: India Play Out Goalless Draw With Bangladesh In Opener

India's next match will be against Sri Lanka in their last Group Stage match of the SAFF U-18 Championship on Wednesday. Sri Lanka had earlier lost 0-3 to Bangladesh, and the top two teams from the Group will qualify for the semi-finals 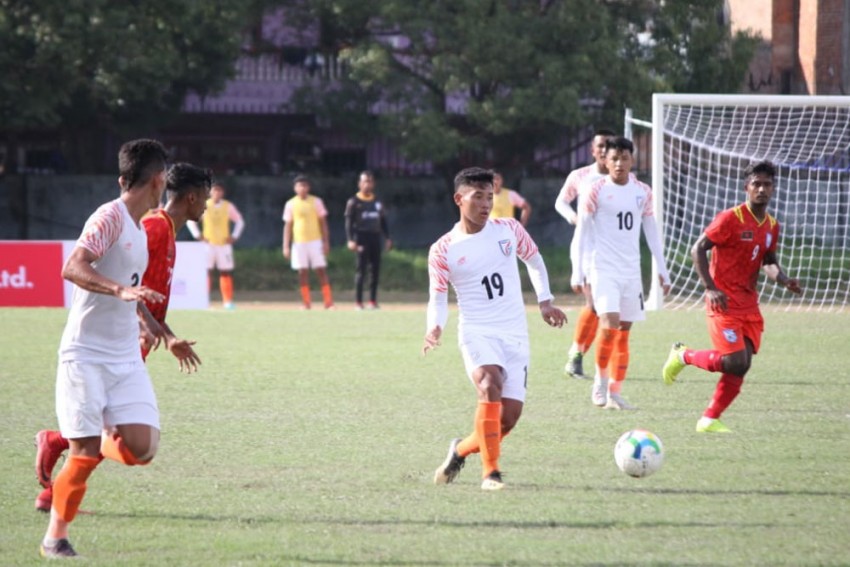 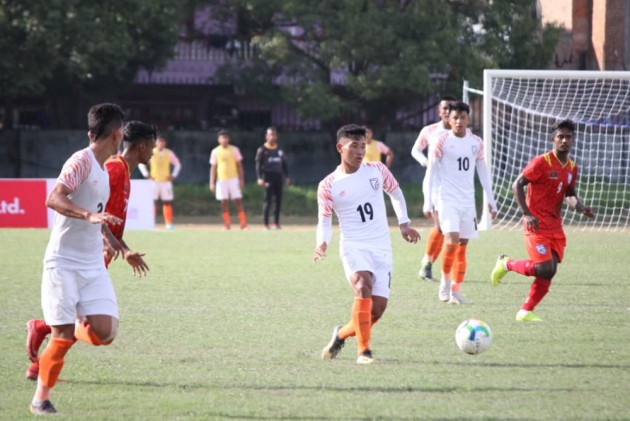 India were held to a goalless draw by Bangladesh in their opening match of the SAFF U-18 Championship Kathmandu, Nepal on Monday.

India started the match on an attacking note but an injury to goalkeeper Prabhsukan Singh Gill in the ninth minute forced coach Floyd Pinto to make an early change.

With Bangladesh committing bodies in defence, the Indians found it difficult to get past their opponent's backline.

In the 36th minute, Sumit Rathi's header came close to giving India the lead, but it flew inches over the bar.

Changing over, India continued to dominate the possession but failed to create clear goal chances.

Despite ringing in two changes in the attacking line, India failed to create goal-scoring opportunities and even failed to convert half chances.

India coach Pinto termed the game against Bangladesh as a difficult encounter.

"Bangladesh defended with 10 men, and I have to give credit to the boys for not stopping to put in the effort," he said.

"We have got a point from this match but it is a minor thing. But these boys will improve as the tournament progresses, and their quality of football will also improve."

India will play Sri Lanka in their last group stage match of the Championship on September 25.

Sri Lanka had earlier lost 0-3 to Bangladesh and the top two teams from the group will qualify for the semi-finals slated for September 27.