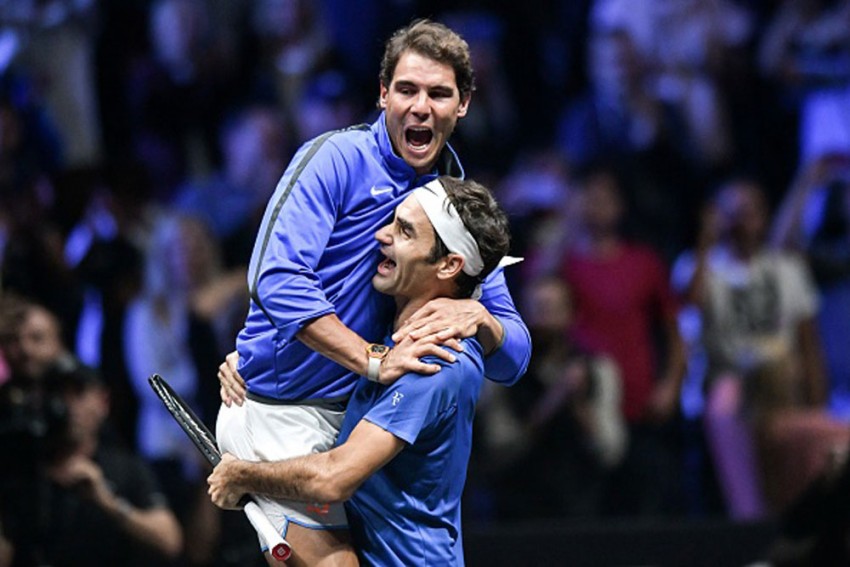 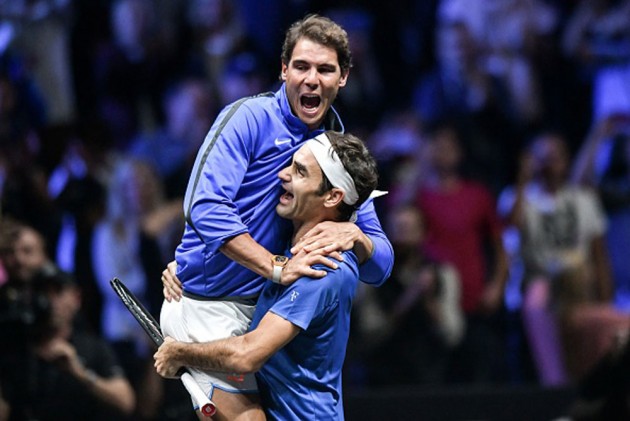 Roger Federer and Rafael Nadal own an unforgettable collection of on-court contests — including nine Grand Slam finals — and a healthy store of mutual off-court respect for each other. (More Tennis News)

“I saw him grow, right in front of my eyes,” Federer said in an interview with The Associated Press last year.

“I always feel like he's one of the guys from tennis — players — that I could call up and, if I told him something, it would be a secret between the two of us. And I appreciate that we were able to build a relationship like that.”

Each has played more matches against Novak Djokovic, who leads his head-to-head series against the other members of the Big Three.

Yet it is Roger vs. Rafa that seems to be the rivalry that stands above others. Perhaps because they're currently Nos. 1-2 for most men's Grand Slam titles. Or perhaps because of their epic 2008 final at Wimbledon, the tournament supposed to be happening now but canceled because of the coronavirus pandemic.

The dynamic between Federer, 38, and Nadal, 34, has shifted.

“We went in phases a little bit. In the beginning, he was so extremely shy and he was so — how do you say? — like, looking up to me, that he just said, 'Whatever you say, Roger, I agree with you. Because you're so important to the game. And I know you want the right thing,'” Federer told the AP.

“And over time, he became himself, the dominant player he became, and he started to build his own strong character. ... And then, of course, the rivalry started building.”

Some top men's tennis rivalries in the Open era, which began in 1968:

Highlights: Federer won three of four Wimbledon meetings, but their most famous matchup is Nadal's 9-7 fifth-set victory in the 2008 final; Nadal's 6-1, 6-3, 6-0 win in that year's French Open final, the most lopsided Grand Slam loss of Federer's career; Federer's comeback from 3-1 in the fifth at the 2017 Australian Open, their most recent Slam final.

Highlights: Exhausted, they rested in chairs during the trophy ceremony after Djokovic's 5—hour, 53-minute victory in the 2012 Australian Open final; Nadal's 9-7 fifth-set win in the 2013 French Open semifinals was a thing of beautiful attrition.

Highlights: Borg's 8-6 fifth-set win against McEnroe after dropping a tiebreaker 18-16 in the 1980 Wimbledon final; Connors' five-set victory over McEnroe at the All England Club two years later; Borg getting the better of Connors in two Wimbledon

Highlights: The only men to face each other in three consecutive title matches at the All England Club, with Edberg winning in 1988 and 1990, Becker in 1989.

Highlights: Sampras won their lone Wimbledon final, in 1999, and the last match he ever played, in the 2002 U.S. Open final; four-tiebreaker meeting in the 2001 U.S. Open quarterfinals was riveting.

Highlights: Nothing meant more to recent British tennis fans than Murray's win over Djokovic in the 2013 final to give the host country its first male champion at Wimbledon in 77 years.