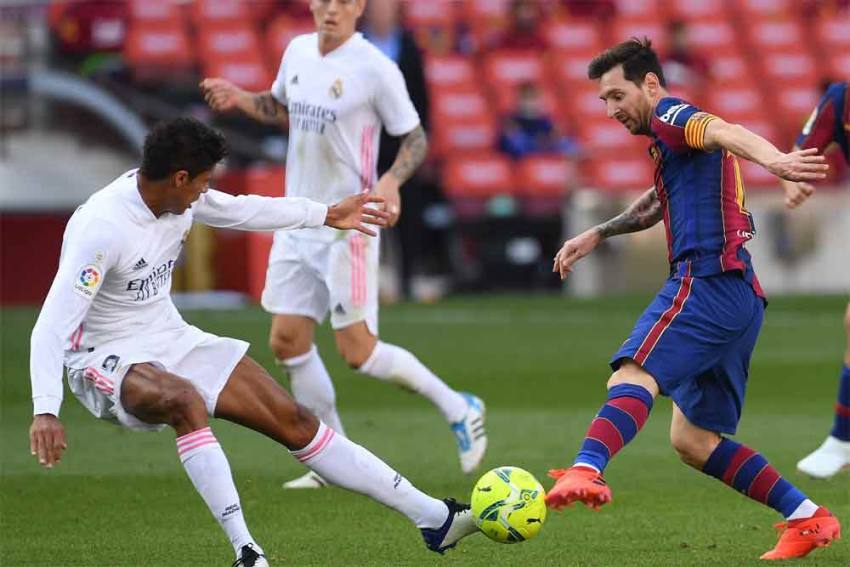 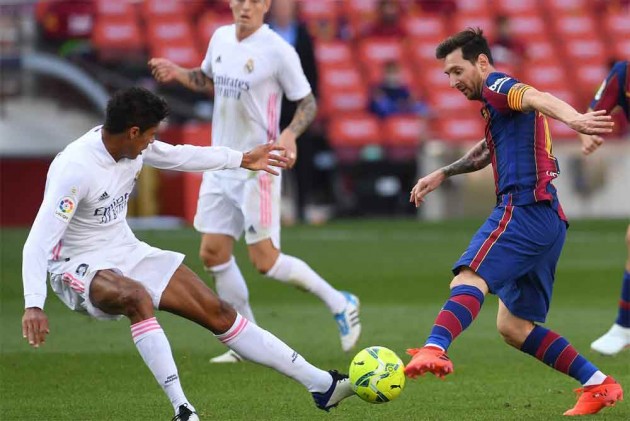 United have been long-term admirers of Varane and the Premier League giants are reportedly preparing an offer for the 27-year-old France international.

But Zidane dismissed speculation over Varane's future at the Santiago Bernabeu, where the Frenchman has won three LaLiga titles and four Champions League trophies among other honours since arriving in 2011.

"It's not just me [who wants to keep him]," Zidane told reporters ahead of Saturday's LaLiga clash against Villarreal. "He is part of this club, we were very lucky to be able to bring him to Madrid.

"He has a great career, he's achieved a lot since he's been here. Of course, he is untransferable for the club, for the coach that I am, for people in general.

"That's clear and unambiguous. Now we can't stop people from talking. They're not just talking about Varane, but about all the players, Real Madrid ones and others.

"But for Varane, my position is clear, and it's the same as the club's position."

Varane has made seven LaLiga appearances this term and 10 across all competitions for Spanish champions Madrid.

He has more clearances (27), headed clearances (13) and blocks (four) than superstar captain and team-mate Sergio Ramos in LaLiga this season, while Varane has an 80 per cent tackle success rate and 30 duels won in the top flight.

Madrid are fourth in the standings, four points adrift of leaders Real Sociedad with a game in hand following the international break.

After winning at Alfredo Di Stefano in July, Madrid could win two consecutive LaLiga games against Villarreal for the first time since September 2014.