Real Kashmir Vs Mohun Bagan Live Streaming: When And Where To Watch I-League Football Match In Freezing Srinagar

All you need to know about the I-League 2019-20 match between Real Kashmir and Mohun Bagan - Kick-off time, venue, TV telecast, live streaming, etc of RKFC vs MB encounter in freezing Srinagar 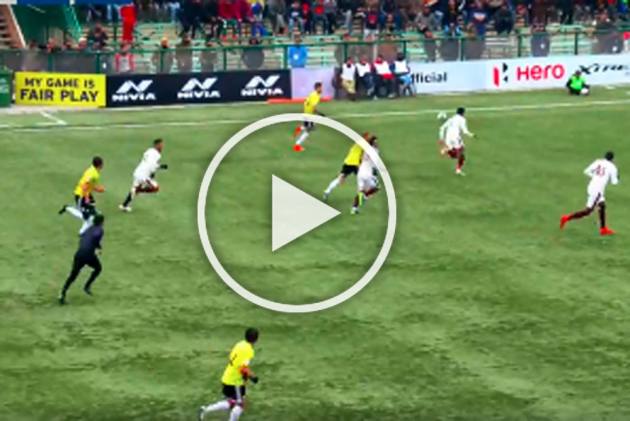 The narrative of Real Kashmir FC continues to bring positivity in the Valley after the abrogation of Article 370. Kashmiris are expected to throng the ground in large numbers in what would only be the second time that any sporting activity is taking place in the city since August. (More Football News)

Due to limited Internet availability at the venue, the match will be available only on the Facebook pages of DSport and I-League.

And now, a much energised Real Kashmir FC (RKFC) are looking for their second successive victory in the I-League 2019-20 season. On Sunday, they host Kolkata giants Mohun Bagan in Srinagar. RKFC had registered their first victory of the season, defeating defending champions Chennai City 2-1 at the TRC Turf Ground on December 26.

Local hero Danish Farooq kicked-off their quest for a win against Chennai with the team's first goal. He said the hosts are hoping to improve in order to win against Mohun Bagan.

Mohun Bagan had defeated Real Kashmir 2-1 in the Durand Cup semi-finals earlier in the season. And the local outfit will look towards their foreigners -- Mason Robertson, Bazzie
Armand, Gnohere Krizo and Kallum Higginbotham.

Bagan are fourth in the standings with seven points from four matches, approaching the match on the back of two consecutive wins. Real Kashmir are seventh with five points
from three games.

Sunday's match would be played in extremely cold conditions and on artificial turf. The minimum temperature here for the remaining days of the week is projected to dip below the zero degree Celsius mark while the maximum temperature will not rise beyond four. Mohun Bagan players are unaccustomed to play in such conditions, which is seen to be advantageous for the home team.

But the visitors will be hoping that their latest signing, striker Papa Babacar Diawara, will make an instant impact on his debut.

What is the kick-off time for the I-League 2019-20 match between Real Kashmir and Mohun Bagan?

Real Kashmir Vs Mohun Bagan match of I-League 2019-20 will start at 11:30 PM IST. The match is being played in Srinagar.

Where and how to watch I-League 2019-20 Real Kashmir Vs Mohun Bagan match on TV and live streaming?

The Real Kashmir Vs Mohun Bagan will be broadcast live on DSPORT and live streaming will be available Jio TV.