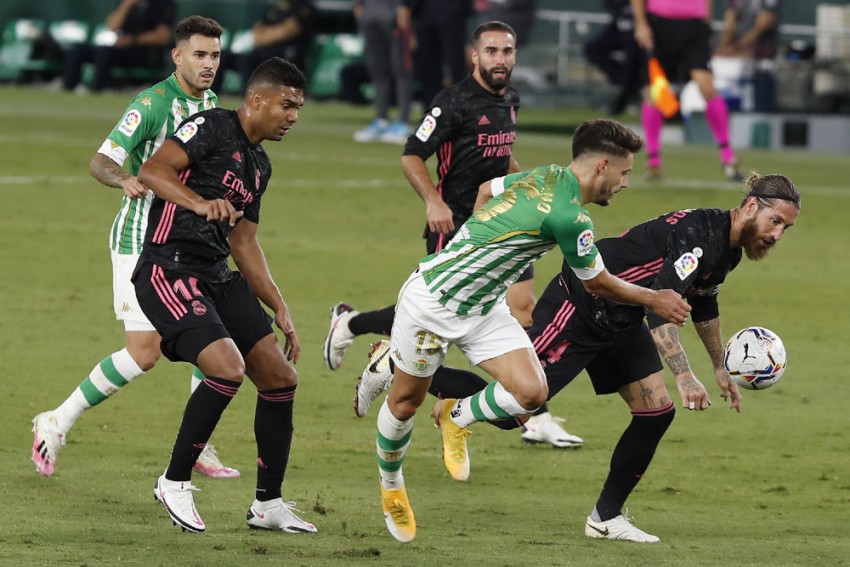 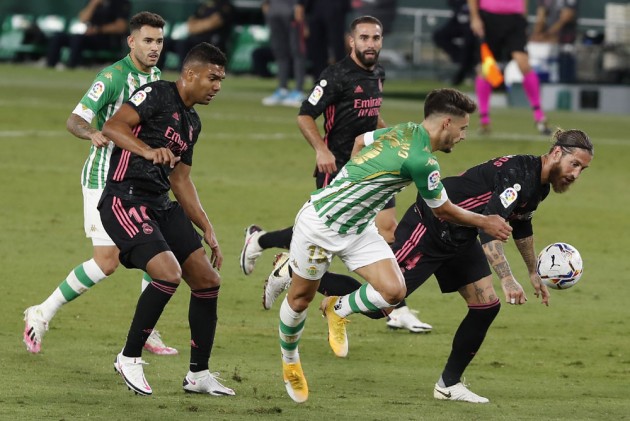 Ramos gave Madrid all three points from the spot in the 82nd minute, Marc Bartra adjudged to have handled in the area following a VAR review.

It did appear as though Bartra may have been pushed into the ball by Borja Mayoral, with Betis unfortunate to suffer their first defeat after two successive wins under Manuel Pellegrini.

Earlier Aissa Mandi and William Carvalho had turned the game in Betis' favour following Federico Valverde's opener but Emerson conceded an own goal three minutes after the second-half restart and was then sent off before the game's controversial finish.

"From what we've been told it was a clear penalty, but there's nothing that can be done about it now.

"Sometimes they help us and sometimes they go against us, but that's football. The referee is there to do the best he possibly can and I don't think it's ever intentional."

Madrid have four points from two games, with their victory at the Benito Villamarin following a 0-0 draw with Real Sociedad.

Ramos added: "We were very good for the first 15 minutes. We dominated the game up until the first goal, which gave us confidence but in the end, we had to dig in.

"If you keep giving the ball to quality teams who like to have possession, they will create chances and you run the risk of them scoring goals.

"The most important thing was our mentality and the team came out hungry to come back, which is exactly what we did. We managed to level it up quickly to get right back in the game.

"It serves as a lesson for us. We're not going to come from behind in every game. The other day we played really well but just lacked a bit of an edge.

"We created a lot of chances today and it was a fantastic second half, we were dominant and it's clinched us the three points which will do us the world of good."