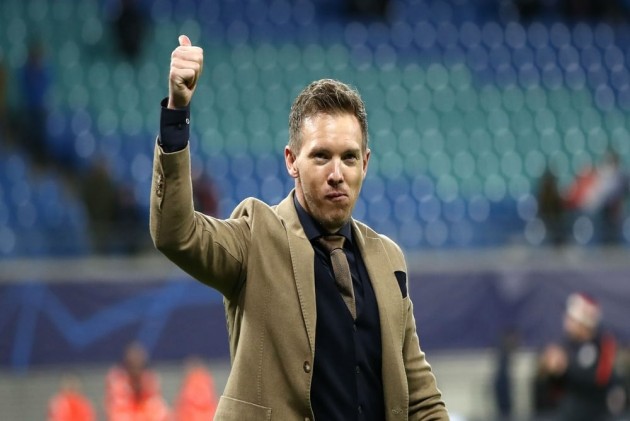 Julian Nagelsmann is confident RB Leipzig will not be impacted by news of positive coronavirus tests in the Atletico Madrid camp.

Atleti revealed on Sunday two individuals had returned positive tests, with the cases then confirmed to be first-team stars Angel Correa and Sime Vrsaljko.

Neither player will feature against Leipzig in their Champions League quarter-final in Lisbon on Thursday.

But Leipzig coach Nagelsmann is not concerned his team will be affected in any way by the issue ahead of a vital match.

"No, it doesn't affect our preparation for the game in any way," the former Hoffenheim boss said.

"We won't let this news get to us. We go into the week as normal and, as usual, focus our work on Thursday.

"In such cases, UEFA has clear protocols on what to do. The associations have been informed and the minutes are now ticking by.

"There are clear regulations and, if the two cases remain, I assume that there will be no consequences for the game on Thursday."

Midfielder Dani Olmo was also asked about the problem as he spoke to the media on Monday and said: "We are continuing as normal. We are now in Lisbon and we are preparing as before."

Olmo added of facing Atleti: "We know Atletico are a very strong team. They show that every year in the league and in the Champions League.

"But we will focus on our game. We know we have a good chance of going through. Of course, we expect a strong opponent. It's going to be tough, but we'll do our best."