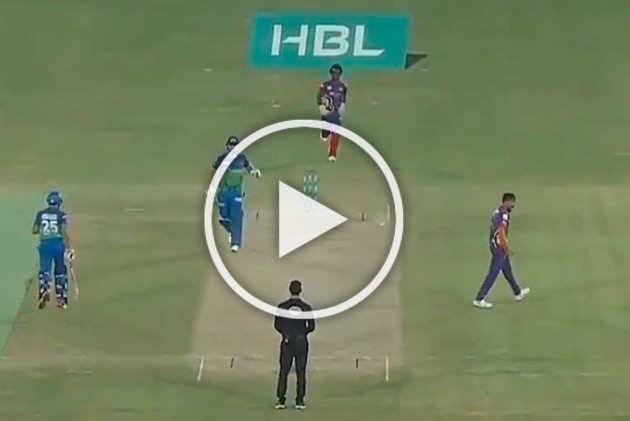 Former Pakistan captain Shahid Afridi made run-a-ball 12, while tailender Sohail Tanvir hit two sixes and a four for his 13-ball 25.

Karachi were in complete control of the chase with Babar Azam scoring 65 off 53, but Tanvir (3/25) and Imran Tahir (1/22) ensured that Multan have a Super Over.

In the shoot out, Tanvir conceded only 13 runs despite Sherfane Rutherford hitting a four and a six. Then, Amir produced the goods while defending, keeping Rossouw and Bopara quiet.

Watch the closing stages of the thriller here:

MOHAMMAD AMIR DEFENDS IT IN A PRESSURE SITUATION ðÂÂÂÂÂÂÂÂÂÂÂÂÂÂÂÂÂÂ

KARACHI KINGS ARE INTO THEIR FIRST FINAL ðÂÂÂÂÂÂÂÂÂÂÂÂÂÂÂÂÂÂ

WE ARE GOING INTO THE SUPER OVER! ðÂÂÂÂÂÂÂÂÂÂÂÂÂÂÂÂÂÂ

And fans took to social media sites to hail Amir's performance. Here are some interesting reactions:

Muhammad Amir still got it ðÂÂÂÂÂÂªðÂÂÂÂÂÂ¼

That’s how you bowl a super over! â­ÂÂÂï¸ÂÂÂ#MSvKK

Karachi Kings qualify for the PSL final after an incredible super over win. Amir bowled a fantastic super over just like the CT 2017 final spell. Babar can score even in must win matches, Asia's best batsman for a reason. Pakistan Super League best league in the world.ðÂÂÂÂÂÂÂÂÂ #Cricket

That 1 over by Amir was better than any over bowled in the entire IPL. Amir is so so good under pressure. #PSL2020

Superb super over by Mohammad Amir. And, what a restart.

Karachi will be playing their first-ever PSL final on Tuesday, while Multan get another chance to make the title round. They will play the winners of Eliminator 1 between Lahore Qalandars and Peshawar Zalmi.