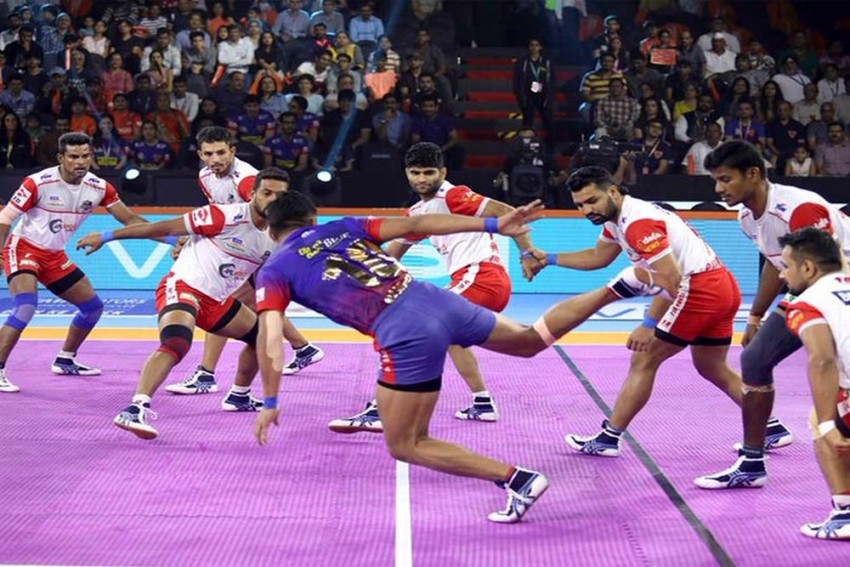 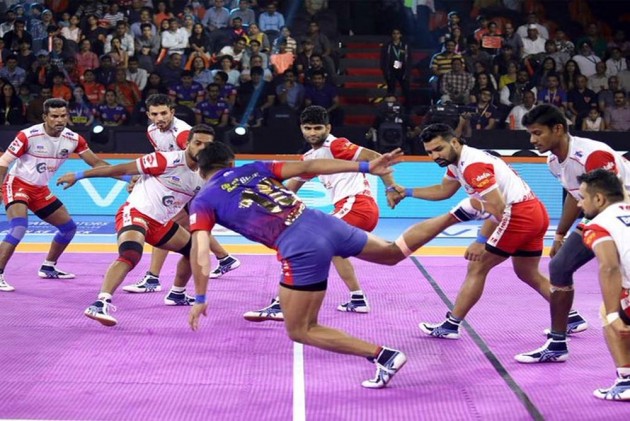 Dabang Delhi continued their winning run in the seventh season of the Pro Kabaddi League (PKL) after defeating Haryana Steelers 41-21 in a lop-sided game on Sunday.

This is Delhi's third win of the season and Chandran Ranjit (11 points) and Naveen Kumar (10 points) starred for them.

Naveen grabbed his second 'Super 10' of the season after grabbing the first against Telugu Titans in Hyderabad.

Successful raids by Chandran and Naveen took Delhi 7-3 ahead after first five minutes.

But Haryana reduced the deficit to 6-8 and a successful tackle by them ensured that Chandran, Delhi's star raider, was sent out.

However, Delhi, with a 'Super Tackle' by Joginder Narwal, followed by a successful raid by Naveen, surged 12-8 ahead.

Then Naveen, who was in spectacular form, in his 'do or die' raid collected two points to take Delhi 14-9 ahead.

Delhi had a five-point lead going into the break as the score-line read 15-10.

After the break, Delhi continued the good show by their strong defence and successful raids as they went 18-10 ahead.

Delhi then inflicted an 'all-out', the first of the match, to go 22-12 ahead with 15 minutes remaining for the game to finish.

There was no stopping Delhi as they inflicted another 'all out' on their opponents and extended their lead to 33-16.

Delhi did not give their opponents a chance to make a comeback and won the encounter quite comfortably.

This was Haryana's first defeat of the season, as they had won their lone game in the Hyderabad leg, which was held before the Mumbai leg.