World sporting bodies, including the International Cricket Council (ICC), do not permit the display of messages that relate to political, religious or racial activities or causes during international matches, and this was the reason Mahendra Singh Dhoni was asked to remove the insignia of Indian armed forces during the 2019 ICC World Cup 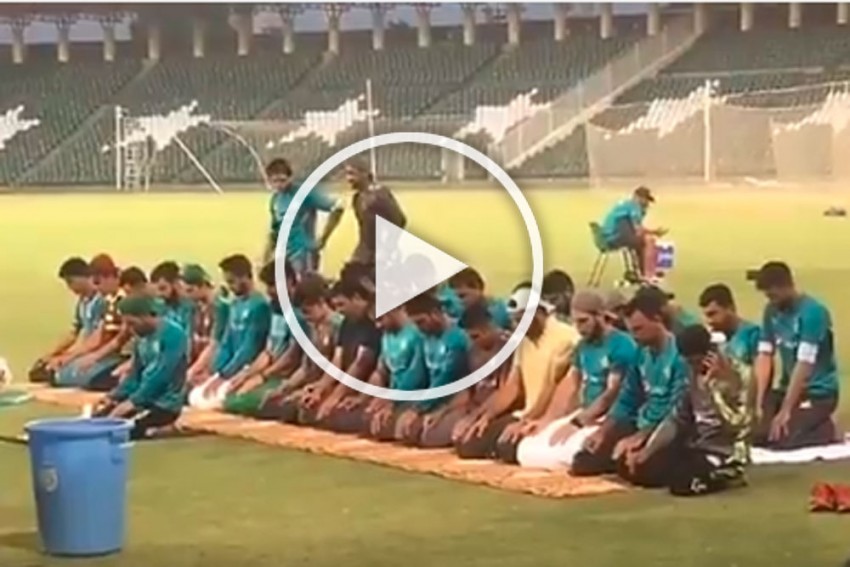 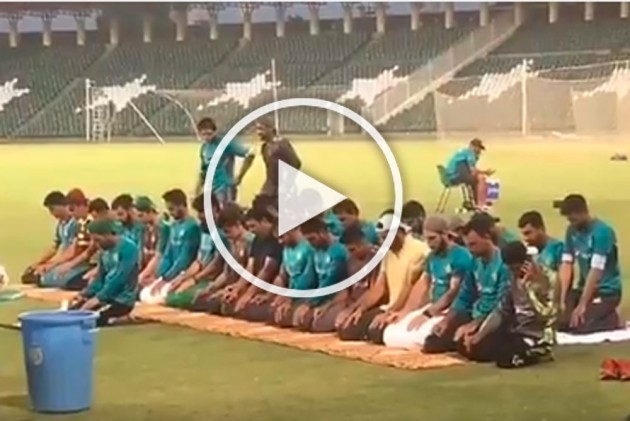 Will Pakistan cricket team offer prayer while playing international matches? That's the question raised by some section of cricket fans after seeing a viral video of the team offering Maghrib prayer during a training session at Gaddafi Stadium in Lahore ahead of their home series against Sri Lanka. (Cricket News)

Reacting to a viral video shared by Australian Twitter personality, Dennis Freedman, some fans broached the idea of individual preferences while others talked about the obligatory nature of namaz.

Also Read: Sri Lanka To Go Ahead With Pakistan Tour Despite Terror Fears

Some comments saying this should stop at training. I disagree. Some things are more important than work. https://t.co/OMngy2n69O

Those commenting might not know that Muslims have to pray 5 times a day. It isn't bringing religion on field, its just they have to. Unlike other religions where they don't have obligatory daily prayers, I think.

Obviously you are right.Namaz provide many good changes in life.
Peace of mind.
Discipline.
Teamwork.
Health.
And many more

Look Denni there #Sunni and #Shia
do not player together. One guy that pray alone at far back. How they be one unit on Field. #shame

For Muslims prayer is more important than any other thing because it's an order from Allah.

Now Pakistani team can do only this field

I am not interested if anyone(muslim,jew,christain,hindu) prays or not Faith is completely personal..Its between the person & God..Everyman is responsible 4 there deeds to god..No one can impose anything on anyone..

It's pertinent to mention that during the 2019 ICC Cricket World Cup in England, former India captain Mahendra Singh Dhoni became the target of Pakistani establishments for wearing a insignia of Indian special forces, forcing the International Cricket Council (ICC) to intervene.

In reaction, Pakistan-born political activist Tarek Fatah took to Twitter and wrote: "The @ICC has no problem with the entire Pakistan cricket team marking territory by praying on the cricket field, denigrating Christians and Jews (part of Muslim ritual prayer) but find insignia on @MSDhoni's gloves inappropriate."

The @ICC has no problem with the entire Pakistan cricket team marking territory by praying on the cricket field, denigrating Christians and Jews (part of Muslim ritual prayer) but find insignia on @MSDhoni's gloves inappropriate. pic.twitter.com/8wwZYtnti2

Then, the ICC requested BCCI to remove the symbol from Dhoni’s gloves, and released a statement saying, "The regulations for ICC events do not permit any individual message or logo to be displayed on any items of clothing or equipment. In addition to this, the logo also breaches the regulations in relation to what is permitted on wicketkeeper gloves."

Meanwhile, Sri Lanka's cricket board on Thursday said it will go ahead with its tour of Pakistan despite fears that players could be the targets of terror attacks during the six-match visit. Sri Lanka Cricket Secretary Mohan de Silva said they received the all-clear from the defence ministry to leave for Pakistan on Tuesday.

"We have the green light from the defence ministry," de Silva told AFP.

"The tour is on as we planned. I myself and our office bearers will also be accompanying the team." Reports last week of a possible terror attack were referred to the defence ministry for investigation.

The Sri Lanka team was the target of an attack during a Test match in Pakistan's Lahore in March 2009, with six players injured when gunmen attacked their bus. Six Pakistan policemen and two civilians were killed. Since the attack, a majority of international teams have refused to tour the South Asian country.

Sri Lanka's first match in Lahore after that was one T20 game against Pakistan in October 2017.