Dhoni, who is an Honorary Lieutenant Colonel in the Parachute Regiment of Territorial Army, wore gloves with 'Balidan Badge' during India's ICC Cricket World Cup 2019 opener against South Africa at Rose Bowl, Southampton on Wednesday 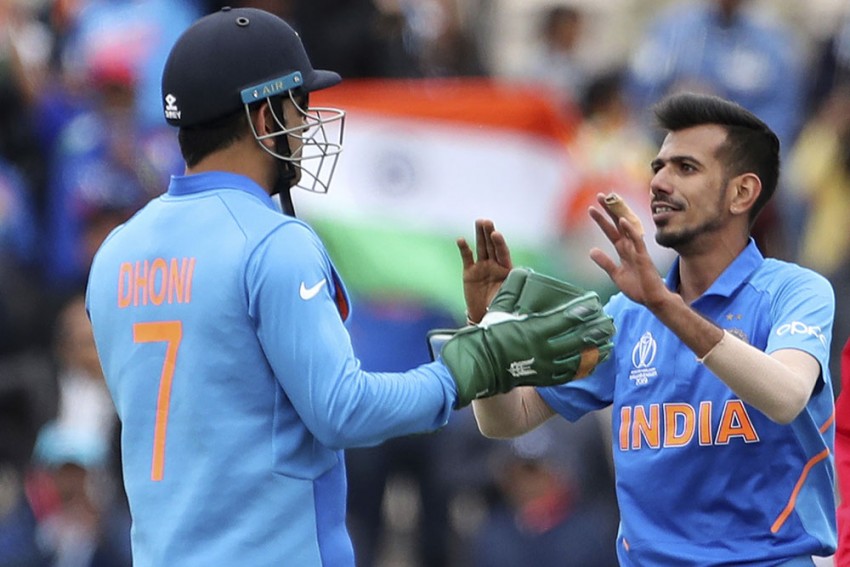 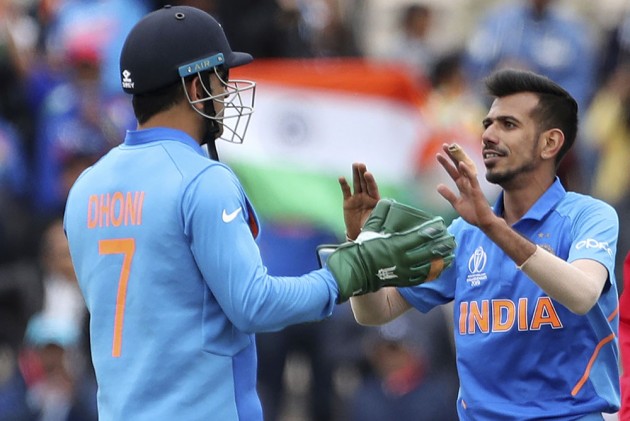 Hours after the International Cricket Council (ICC) requested the Board of Control For Cricket in India (BCCI) to have the Army insignia removed from MS Dhoni's wicket-keeping gloves, Indian fans take on the sport's world governing body, lending their ultimate support to the "captain of captain".

Dhoni, who is an Honorary Lieutenant Colonel in the Parachute Regiment of Territorial Army, wore gloves with 'Balidan Badge' during India's ICC Cricket World Cup 2019 opener against South Africa at Rose Bowl, Southampton on Wednesday.

It earned him massive praise from Indian fans, but the ICC have taken exception to it saying it is against its regulations. And the former India captain could be penalised for the breach of an ICC regulation.

India's next match is against Australia on Sunday.

Not happy with the ICC's directive, Indian fans took social media sites to make their case, with many of them explaining why Dhoni should be allowed to honour and express love for the Indian Army.

Balidaan badge is not related to any religion nor it is a political symbol... Lt. Col Ms Dhoni has every right to wear /highlight the badge that he has received.. I don't see any legitimate reason for ICC to interfere in this matter#DhoniKeepTheGlove

We are proud of our security forces and captain of captains captain cool MS Dhoni. It's not a provocation. Mahi is a gentleman. #DhoniKeepTheGlove #MSD #MSDhoni

Instead of focussing on MS Dhoni's gloves better focus on improving the quality of umpires.

4 decisions overturned so far in today's game + a huge No Ball miss that costed Chris Gayle's wicket. We have better umpires in our gully cricket. #DhoniKeepTheGlove pic.twitter.com/O1rdOie3Yf

@BCCI I wld lose my trust in Indian Cricket, if MSD has to do it, will stop watching completely whatever little cricket that I have been watching after Sachin's retirement. #DhoniKeepTheGlove

Yaaa.. now i also just recollected a match i don't know if it was important match or just another ODI match.. but whole pakistan team after winning the match did something which was religious on the ground.. it was okay with u.. no fines no warning nothing.. #DhoniKeepTheGlove https://t.co/sOyEZE89uz

#DhoniKeepTheGlove We should wait and respect the decision of #MSDhoni related to #BalidaanBadge. May be he was wearing only for one or few matches. In that case, we should leave decision on him alone. Wait, until he decides. Dont press panick button in every thing prematurely.

The @ICC has no problem with the entire Pakistan cricket team marking territory by praying on the cricket field, denigrating Christians and Jews (part of Muslim ritual prayer) but find insignia on @MSDhoni's gloves inappropriate. pic.twitter.com/8wwZYtnti2

It was umpire's day, because ICC is busy in giving notice to BCCI. #DhoniKeepTheGlove. Everyone has their priority.

If @BCCI scumbs to @ICC & fails to defend one of the best cricketer in India who is just showing his respect for his Army then it will be the worst day in the history of Indian cricket.Even if it comes down to abandoning the world cup @BCCI should defend MSD.#DhoniKeepTheGlove

Well. Blunders by umpires, liquor sponsors aren't issues for @ICC but showing patriotism has become an issue to them. #DhoniKeepTheGlove pic.twitter.com/zOIalPF52P

Dhoni should drop Balidaan Symbol gloves and go back to his original camouflage ones just to troll @ICC. At the end of the day, they did convey the message too and did not break any hypocrite ICC rules! #DhoniKeepTheGlove

#DhoniKeepTheGlove
This is respect towards nation and army. If @ICC is having problem with 'balidan badge' symbol then why not with the advertising symbols on uniform? Bcoz big brands pay for this? https://t.co/5vIogmXoSn

@ICC you allow to promote Alcohol & Tabbaco but not national pride. @BCCI its time to choose our country instead of stupid cup. #baycottewc2019 #DhoniKeepTheGlove

Dhoni's love for the Indian Army is well known. During third ODI of India's home series against Australia before the World Cup, Team India members wore special Army caps a mark of respect for the CRPF personnel who lost their lives in the Pulwama terrorist attack.

It's reported that the idea for this tribute was floated by Dhoni himself. He also handed the caps to his teammates. Then, the Pakistan Cricket Board (PCB) objected to it and requested the ICC to take action against India for "politicising" the sport.

But it turned out that the BCCI had sought prior permission from the ICC to allow players to wear the specially designed caps "as part of a fundrising drive and in memory of the fallen soldiers who have died".