What Pakistan cricket team should do against Bangladesh in their final ICC Cricket World Cup 2019 group match to make the semifinals? Well, PCB and Pakistan captain Sarfaraz Ahmed should take this fan's suggestion seriously 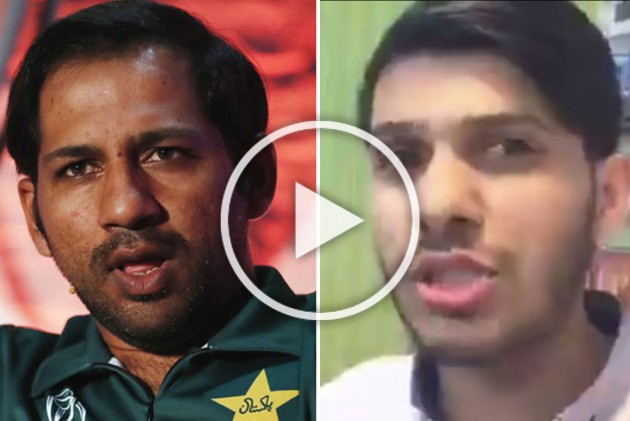 On the eve of Friday's Pakistan vs Bangladesh match of ICC Cricket World Cup 2019 group match at Lord's in London, a die-hard fan has come up with a bizarre plan to help Sarfaraz Ahmed & Co not only beat the Tigers but also qualify for the semifinals.

After England's defeat of New Zealand on Wednesday, Pakistan's hopes of making the knock-out rounds in cricket's grandest stage have all but evaporated. They need to beat Bangladesh by an astronomical margin, if at all to overtake New Zealand in the points table and finish fourth.

Even Pakistan captain Sarfaraz, while putting up a brave face, said that they can score 500 runs but it depends on God's will.

“We're just interested in finishing the tournament on a high note and doing our best against Bangladesh... you have to be realistic... We will try scoring 500 runs and get the opponents out within 50. If God is willing, anything can happen," he said.

But fans, as fans always do, are clinging to their faint hope. Then there is one fan, who has come up with one of the strangest solutions. And he's since become an Internet sensation.

Never saw a brain-washed fan like him. Only Pakistan can have such naginas.

Making his long story short, here's what he said: Pakistan should bat first and score 380 runs and then force Bangladesh to not to bat when they come out to chase.

Other fans have described unnamed fan, little harshly, as 'brain-washed'. But there are others, who have identified as a prankster, known for making sarcastic videos.

o bhai he is famous for his sarcastic videos, his name is Wisal Khan @wisalbcn ðÂ¤ª

For the uninitiated, Pakistan were harping on the freakish similarities between their title-winning run under mercurial Imran Khan in 1992 and the one under Sarfaraz. But their dependence on other teams to make the knock-outs have backfired in a brutal manner.

By the here's what they need to do to qualify for the semifinals.

The net run rate for Pakistan is currently at -0.792, as against New Zealand's +0.175. The whole hoopla is surrounding this net differential.

Defending and five-time champions Australia, two-time winners India and hosts England have already qualified for the semis, while New Zealand are waiting on the wings to complete the top-four. Yes, if something bizarre like this gentleman has suggested happens, then Pakistan play in the semis at the expense of the Kiwis.