Pakistan can still mathematically overtake New Zealand and make the 2019 Cricket World Cup semi-finals – but it will need records to fall. Bangladesh have beaten Pakistan in their last four meetings in ODIs 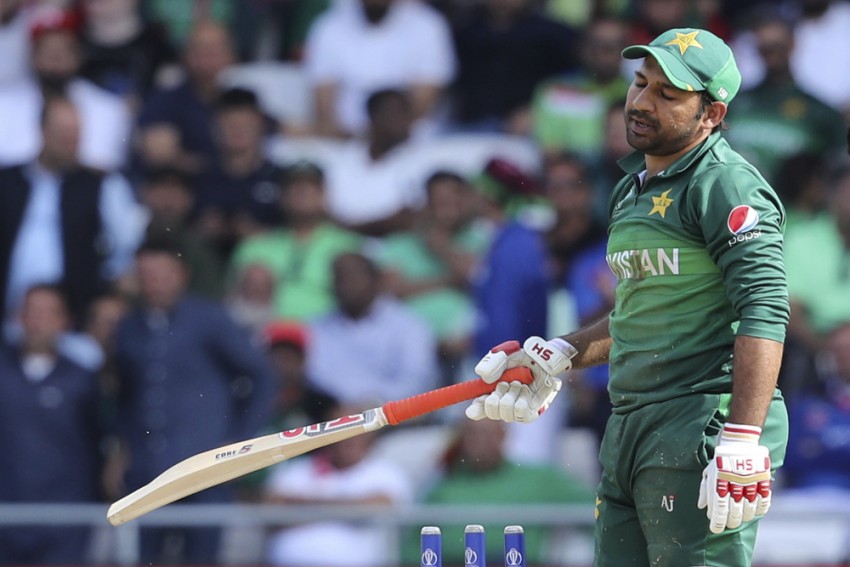 This is only the second meeting between these sides in World Cup history.
AP
Outlook Web Bureau July 04, 2019 00:00 IST Pakistan Chase A Miracle, Sarfaraz Ahmed Targets '500' Vs Bangladesh At Lord's 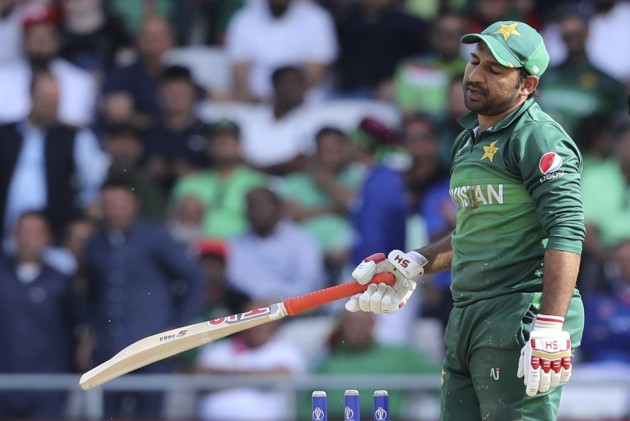 Sarfaraz Ahmed isn’t focused on the mathematics ahead of Pakistan’s final ICC Men’s Cricket World Cup match - he just wants to win. Sarfaraz’s side can still mathematically overtake New Zealand to earn the fourth and final place in next week’s semi-finals. (HIGHLIGHTS | SCORECARD)

But England’s win over the Black Caps in Durham made that job much harder - with a huge record score needed followed by bowling Bangladesh out in double-quick team.

“We’re just interested in finishing the tournament on a high note and doing our best against Bangladesh... you have to be realistic,” said Sarfaraz, adding: "We will try scoring 500 runs and get the opponents out within 50. If God is willing, anything can happen."

Sarfaraz Ahmed "we will try to score 500" #PAKvBAN #CWC19 pic.twitter.com/JPN3sQ5DR8

This is only the second meeting between these sides in World Cup history - 20 years on from their first encounter. On that day in Northampton, Bangladesh, who were playing at the tournament for the first time, pulled off a massive shock as Khaled Mahmud’s bowling secured a 62-run victory.

After that game Pakistan went on a 25-match winning streak, lasting 15 years, against their Asian rivals. However, Bangladesh have won their four encounters heading into the latest showdown at Lord’s.

“Yes we’ve lost our last four matches but this is a World Cup match,” added Sarfaraz.

“Both teams are looking stronger than the last time we played, so hopefully we will do well as a team.”

Sarfaraz Ahmed "we just didn't show up for the West Indies match and after that we were always up against it regarding our NRR" #CWC19 pic.twitter.com/S20yjKPuAy

Bangladesh are making their ODI debut at Lord’s but Pakistan have a proud record at the ‘Home of Cricket’ - winning three of their last four matches at the ground, including a 49-run triumph over South Africa earlier in the tournament.

Pakistan coach Mickey Arthur urged his top order to go big - admitting some frustration that Babar Azam’s 101 against New Zealand is their only century this tournament.

“They are getting in and scoring but we’d like them to push on a little bit because once your top order gets in, it’s so important to go on and get a century,” he said.  “Those guys need to push on because a big score is just around the corner.”

Sarfaraz Ahmed on the positives from this World Cup "it's Babar Azam's first World Cup and he has been brilliant. Shaheen Shah Afridi has performed really well, Mohammad Amir has been excellent, Wahab Riaz has made a good comeback and Shadab has bowled well" #CWC19 pic.twitter.com/a2bfKAiW9i

Arthur admits an opening match defeat by the West Indies at Trent Bridge remains his biggest regret, in addition to letting a strong position slip against Australia at Taunton.

“We got ourselves into a position to win against Australia and didn’t and against India we were outplayed but since then we’ve played very, very good cricket,” he said.

“If we had to go back the thing that really haunts me is the loss to the West Indies, it was a game right at the start of the tournament where we should have come in firing and we didn’t.”