May 25 has been a day of sporting drama over the years, with Liverpool pulling themselves off the ropes and Sonny Liston knocked out 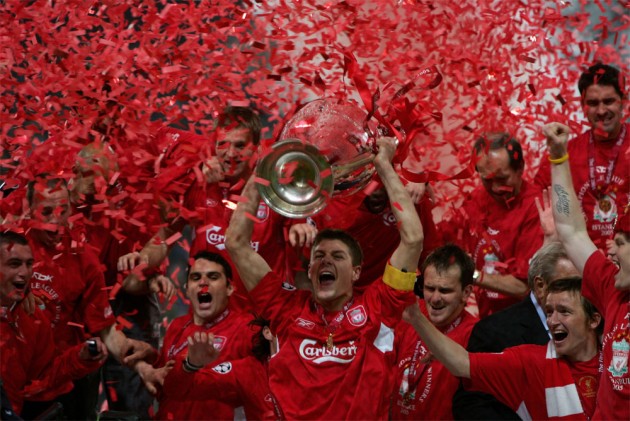 It is 55 years since Muhammad Ali controversially won his rematch with Sonny Liston, while Liverpool sensationally floored Milan on this day in 2005. (More Sports News)

Ali retained his heavyweight title with a first-round knockout but there were doubts over whether Liston should have been counted out.

Liverpool picked themselves up off the canvas to pull off a stunning comeback and beat Milan to win a dramatic Champions League final a decade and a half ago.

LeBron James broke one of Michael Jordan's records more recently on May 25 and Bayern Munich were crowned champions of Europe at German rivals Borussia Dortmund's expense in 2013.

Liston was on a revenge mission after Ali, or Cassius Clay as he was then known when they fought for the first time, defied the odds to dethrone him in Miami Beach in February 1964.

Yet the rematch was over soon after it started, proving to be a massive anti-climax for a small crowd at the unlikely venue of Central Maine Civic Center, Lewiston, Maine.

Liston went down when he was caught by a right hand from the champion in the opening round and referee Jersey Joe Walcott attempted to get Ali back into his corner as the challenger lay on the deck.

Although Liston rose to continue fighting, Walcott quickly stopped the fight after consulting the timekeeper, with the verdict that the former champion had not got back to his feet in time.

Liverpool hauled themselves off the ropes to conjure up the most unlikely of victories at the Ataturk Stadium in Istanbul 15 years ago.

Milan were favourites to be crowned champions of Europe for a seventh time and lived up to that billing when they cruised into a 3-0 lead in a one-sided first half, Hernan Crespo scoring twice after Paolo Maldini's early opener.

Liverpool roared back after the break, though, with Steven Gerrard, Vladimir Smicer and Xabi Alonso on target in the space of six minutes to bring them level.

Milan did not know what had hit them and they endured the agony of losing on penalties, Jerzy Dudek saving from Andriy Shevchenko to give Liverpool a 3-2 shoot-out victory after looking down and out at half-time.

There was also drama at Wembley when Bayern beat Dortmund in the first all-German Champions League final.

Bayern stunned their Bundesliga rivals by snatching a 2-1 victory with just over a minute of normal time remaining, Arjen Robben the hero.

Mario Mandzukic put the Bavarian giants in front on the hour-mark, but Ilkay Gundogan levelled from the penalty spot eight minutes later.

Winger Robben settled it with extra time looming, though, nipping in with a sharp turn of foot and slotting past Roman Weidenfeller to end Bayern's 12-year wait for European glory.

James has been the man for the big occasion so many times during his illustrious career and he made history on this day three years ago.

The superstar became the all-time leading scorer in the NBA playoffs as the Cleveland Cavaliers beat the Boston Celtics 135-102 in the Eastern Conference finals.

That victory moved the Cavaliers into the NBA Finals for a third consecutive year, with James also able to celebrate moving past Jordan's playoff points tally of 5,987.

James surpassed that mark in his 212th post-season game, 11 years after his first.