Home  »  Website  »  Sports  »  On The Verge Of Another German Bundesliga Title, Bayern Munich Look To Future

On The Verge Of Another German Bundesliga Title, Bayern Munich Look To Future

Bayern Munich have been a sure-thing since beating Leipzig last month. Still, a 2-1 loss to Mainz in their last match on April 24 delayed the celebrations 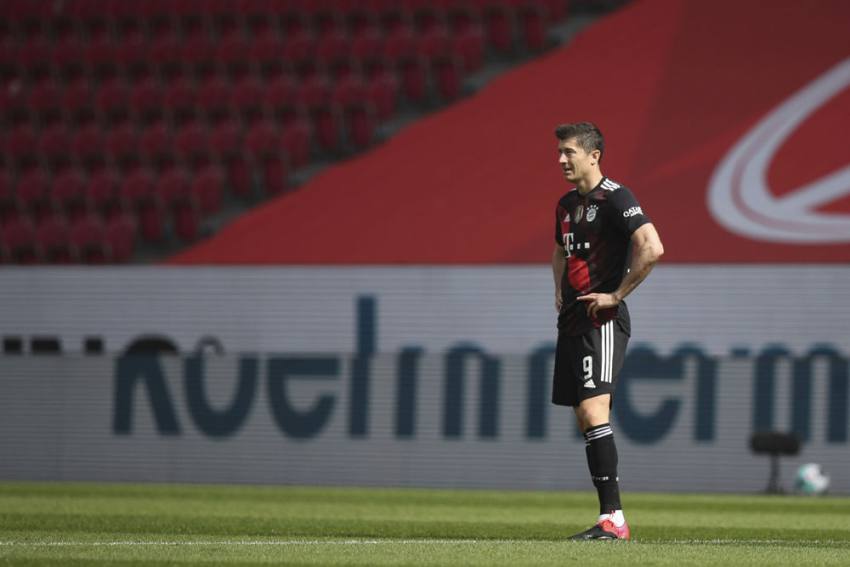 Bayern Munich's Robert Lewandowski reacts after their Bundesliga match against FSV Mainz in Mainz, Germany on April 24, 2021.
AP Photo/dpa via AP
Agencies 2021-05-06T21:20:54+05:30 On The Verge Of Another German Bundesliga Title, Bayern Munich Look To Future 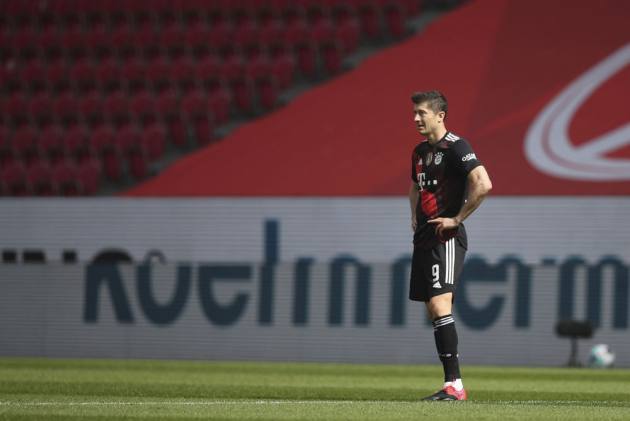 Besides planning for a record-extending ninth straight Bundesliga title, Bayern Munich has also spent a lot of time planning for the future. (More Football News)

Bayern can win yet another title on Saturday even before kickoff against Borussia Mönchengladbach if Borussia Dortmund beats second-place Leipzig earlier in the day. Regardless, a Bayern victory would make certain of the title.

Bayern has been a sure-thing since beating Leipzig last month. Still, a 2-1 loss to Mainz in their last match on April 24 delayed the celebrations.

“We rediscovered our hunger in the two weeks where we didn't play,” Bayern striker Thomas Müller said.

“That gave us time to recover physically and mentally. In the first week of training we had real fun and worked well. So, we are focused on the game.”

In the meantime, club management has forged ahead with planning for next season in the wake of Hansi Flick's decision to quit as coach. Flick is favored to take over the German national team after Joachim Löw steps down following this year's European Championship.

Instead, Julian Nagelsmann will be joining Bayern from Leipzig to transform Flick's successful but aging team. His five-year contract is unusually long for Bayern and accompanied by a clearout of familiar faces.

David Alaba has been at the club for 13 years but is leaving after Bayern balked at the cost of renewing his contract. Another center back from the 2020 Champions League final, Jerome Boateng, will depart after 10 years in Munich. Defensive midfielder Javi Martinez is off after nine years.

The squad already lacks depth, so much will depend on the quality of replacements.

With the exception of a long-planned move for Leroy Sané, recent arrivals like right back Bouna Sarr and midfielder Marc Roca were generally underwhelming. That contributed to the tension between Flick and sporting director Hasan Salihamidzic. Bayern defended Salihamidzic by saying the club couldn't spend more during a pandemic, so blockbuster signings like Dortmund forward Erling Haaland seem unlikely.

The only confirmed signing for next season is defender Dayot Upamecano, joining from Leipzig along with Nagelsmann.

The new coach will also be expected to get more out of Lucas Hernandez, the France defender who remains Bayern's club-record signing after joining for 80 million euros ($96 million) in 2019 but has become a rotation player. Flick prefers Alphonso Davies at left back and Hernandez hasn't always looked comfortable in a central role.

Bayern's biggest star could become its biggest problem. Robert Lewandowski's incredible scoring form — 43 goals this season so far, an eyewatering 55 in 2019-20 — has made it almost impossible for Bayern to think about life without the prolific Polish striker.

Lewandowski isn't slowing down yet, but he will turn 33 in August and is entering the second-to-last year of his contract. Sooner or later, Bayern will need to spend big on a ready-made replacement or develop a young center forward within the club.

Joshua Zirkzee started 2020-21 as a candidate for that role but the 19-year-old Dutchman didn't score for Bayern — or even its reserve team — in the first half of the season, and he hasn't scored since in an injury-hit loan spell to Italian club Parma.

Still, it would take a big shock for Bayern to lose the German title next season. Leipzig is starting its own rebuild under Jesse Marsch when Nagelsmann goes, and Dortmund looks set to lose at least some of its young stars, likely Haaland and Jadon Sancho.

Bundesliga title No. 10 is the bare minimum for Bayern's new era.