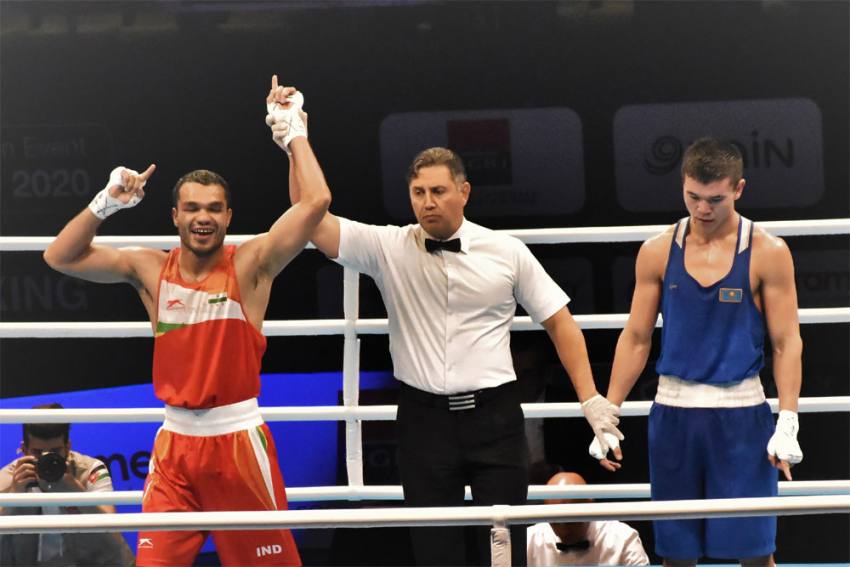 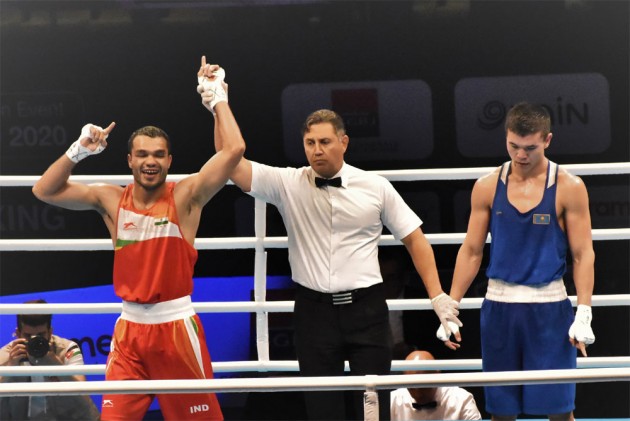 A resolute Vikas Krishan (69kg) advanced to the final with a tactically impressive win but the legendary M C Mary Kom (51kg) and world number one Amit Panghal (52kg) signed off with bronze medals at the Asian Olympic Qualifiers at Amman (Jordan) on Tuesday.  (More Sports News)

Also ending with a bronze was Lovlina Borgohain (69kg). All the four boxers have already secured their tickets to the Olympic Games by making the semifinals but Krishan will come back with at least a silver after entering the final.

READ: Kom, Panghal Among Eight To Qualify For Olympics

Krishan fought with a cut sustained just below his left eyebrow before claiming a split decision victory over second seed Ablaikhan Zhussupov of Kazakhstan, a two-time world bronze-medallist.

Krishan, a former world bronze-winner and a Commonwealth Games gold- medallist, was the busier of the two boxers despite the injury he picked up in the second round and his right jabs were particularly effective through the bout.

In another good result, first-timer Sachin Kumar (81kg) remained in the hunt for an Olympic berth by defeating Manh Cuong Nguyen of Vietnam 4-1 in the first box-off. He will have to get the better of Shabbos Negmatulloev of Tajikistan in the last box-off on Wednesday to book a ticket to Tokyo as only the top five qualify in his weight category.

However, in a major disappointment for India, six-time world champion and Mary Kom lost to China's Chang Yuan, a former Youth Olympics champion, in a split 1-4 verdict.

Also bowing out with a bronze was world silver-medallist and top seed Panghal, who went down to Jianguan Hu of China in a split 3-2 decision. It was revenge for Hu, an Olympic and world bronze-medallist who lost to Panghal in the Asian semifinals last year.

Panghal had endured exhausting contests in the run-up to the semifinals and
he could not outpace the determined Chinese in Tuesday's clash.

Earlier, two-time world bronze-medallist and second seed Borgohain lost to third seed and 2018 world silver-medallist Hong Gu of China in a unanimous 5-0 verdict after struggling to find her range against the experienced 30-year-old.

Gu will next be up against reigning world champion and top seed Chen Nien-Chin of Taiwan who outpunched Thailand's Baison Manikon in her semifinal bout.

Eight Indian boxers -- Ashish Kumar (75kg), Satish Kumar (+91kg), Pooja Rani (75kg) and Simranjit Kaur aside from the four losing semifinalists -- have qualified for the Tokyo Games at the ongoing event so far.