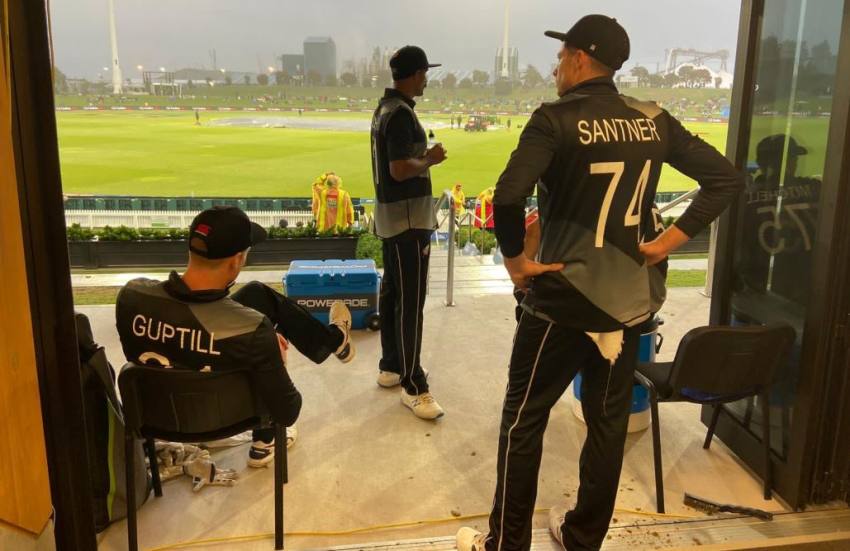 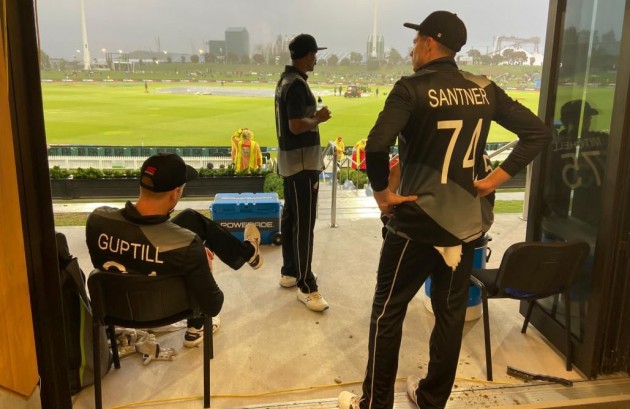 New Zealand on Monday claimed the T20 series against the West Indies 2-0 after the third and final match of the rubber was washed out here. Cricket News

Persistent rain played spoilsport to left-arm spinner Mitchell Santner's debut as New Zealand's T20I captain and the final match of the series was called off after just 2.2 overs.

The Kiwis were without Tim Southee, Ross Taylor and Kyle Jamieson, who had been given a break for the third game and were replaced by Daryl Mitchell, Scott Kuggeleijn and Hamish Bennett.

Sent into bat, West Indies were off to a brisk start with openers Andre Fletcher and Brandon King scoring 12 runs off the first over.

After having smashed a six and a four during his brief stay, King (11 off 7), fell on the second ball of the next over, giving Lockie Ferguson his sixth wicket of the series.

But the skies opened up soon and the persistent drizzle got heavier, forcing the players to go off the field.

Heavy showers continued and after a delay of nearly two hours, the match was abandoned about 30 minutes from the cut off time for a possible five-overs-per-side game.

New Zealand had earlier defeated West Indies by five wickets in the first T20 match before taking an unassailable lead in the series with a 72-run win in the next game.

Ferguson was named the Player of the Series for his six wickets at 7.17, including a five-wicket haul in the first match.

Both the teams will now head to Hamilton, where they will play the first Test of the two-match series, starting December 3.