Rishabh Pant is yet to feature in any of the four T20Is played so far in New Zealand, and Virender Sehwag wonders if India captain Virat Kohli is having proper communication with players 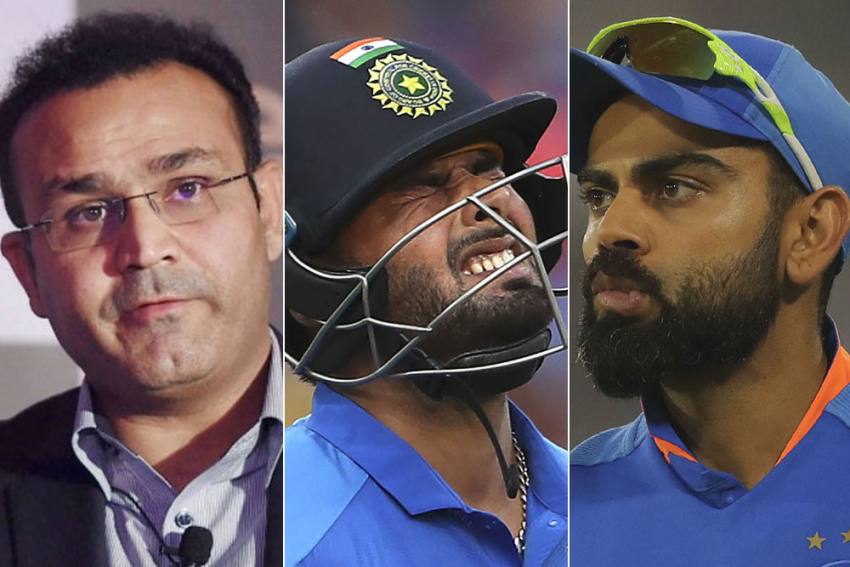 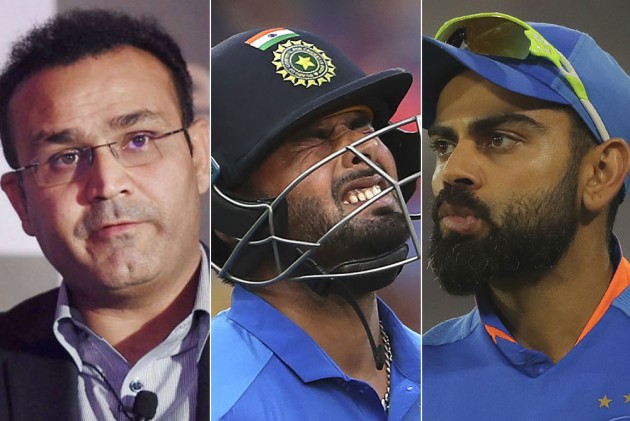 The 22-year-old Pant has not featured in any match for India since being concussed by a Pat Cummins bouncer during the Mumbai ODI against Australia in January. The talented but inconsistent wicketkeeper-batsman has not so far played in any of the four T20Is of the five-match series in New Zealand.

"Rishabh Pant has been left out, how will he score runs? If you bench Sachin Tendulkar also, he won't be able to score runs. If you feel he is a match-winner, why don't you play him? Because he is not consistent?" Sehwag asked.

"During our time, captain used to go and talk with the player (in question). Now I don't know if Virat Kohli does the same or not. I am not part of the team setup. But people say that when Rohit Sharma went to Asia Cup as captain, he used to talk to all the players," Sehwag told Cricbuzz.

"Talk at the team meeting was that we need to play Rohit Sharma who is new and that's why there will be a rotation policy. If the same is happening now, that's wrong," he added.

During that 2012 series in Australia, Sehwag had said that he, Sachin Tendulkar and Gautam Gambhir were rotated at the playing XI because of question marks on their fielding.