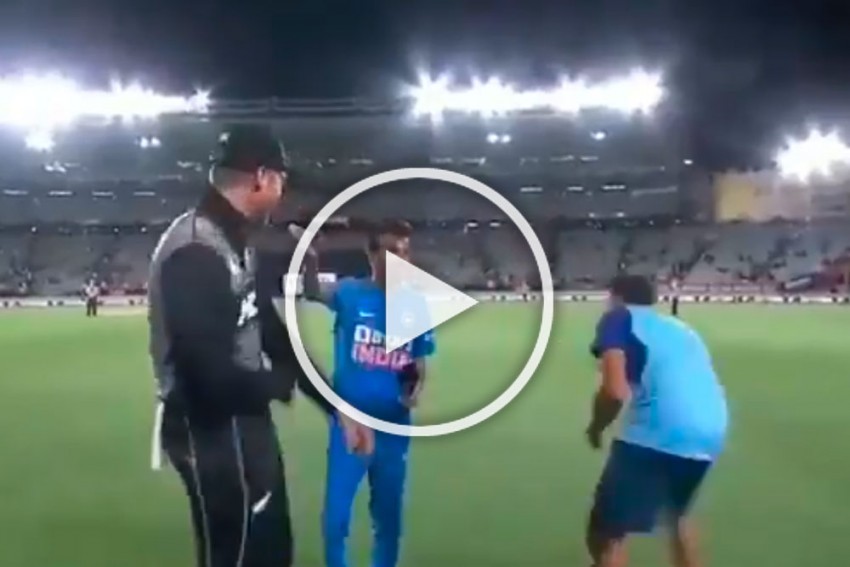 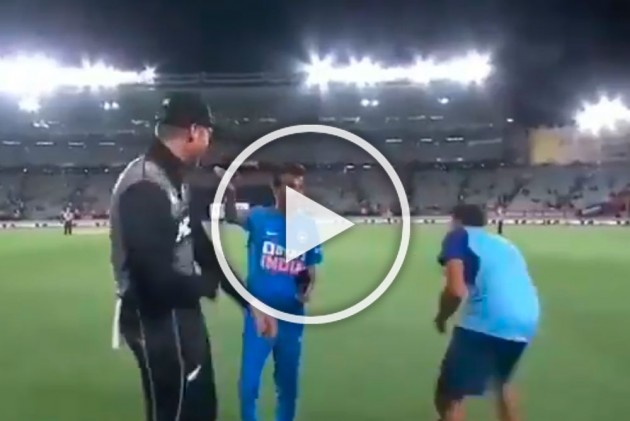 New Zealand batsman Martin Guptill was caught letting out a Hindi swear word on live television after the second T20I between the Kiwis and India at Eden Park at Auckland on Sunday.

India beat New Zealand by seven wickets to secure a 2-0 lead in the five-match series between the two sides.

After the game, offspinner Yuzvendra Chahal took the microphone from Star Sports anchor Jatin Sapru and took it to Guptill who was chatting with the Indian opener Rohit Sharma. Chahal greeted the pair to which Guptill responded with "Kya hai G***u?" leaving Rohit in splits. Chahal then told him that they were live on television, while a video clipping of the incident has now gone viral on social media.

Thought I misheard it at first but bloody hell! Guptill saying "Kya be Gandu" to Yuzi live on air, wow. ðÂÂÂ¤£pic.twitter.com/wjQ0bWviEz

India won both the T20Is that were played at Eden Park and the series now moves to Hamilton where the third match will be played on Wednesday. The visitors have been the dominant side thus far, chasing down a target of 204 with ease in the first match and then restricting New Zealand to 132/5 in the second, in which Shreyas Iyer and KL Rahul ensured that India get over the line with 15 balls to spare.