Novak Djokovic Has A 'Good Chance' Of Playing In Japan Open

World No. 1 Novak Djokovic, forced out of the US Open with a shoulder injury, is back in training and is set to play at the Japan Open Tennis Championships next week. 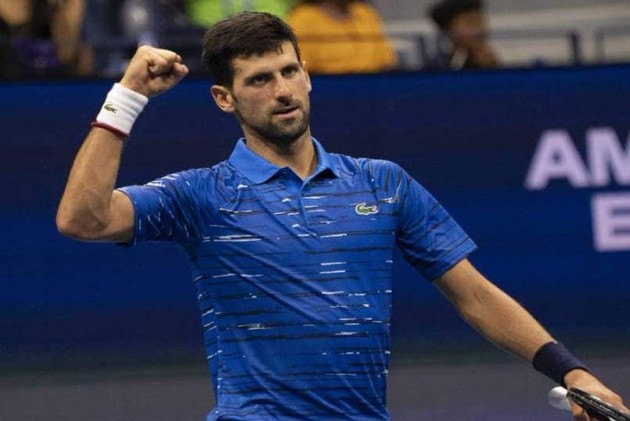 Novak Djokovic believes he has a "good chance" of playing at the Japan Open Tennis Championships after recovering from a shoulder injury.

The World No. 1 retired from his fourth-round clash against Stan Wawrinka at the US Open at the start of the month due to the injury.

But Djokovic has returned to training and believes he will be fit to take his place at the ATP 500 tournament in Tokyo starting on Monday.

"On Tuesday, I trained for the first time after America and there was no shoulder pain which is an encouraging circumstance," the Serbian told Sportski zurnal.

"For now it seems like I have a good chance of playing Tokyo. That's my intention. The next two days will be crucial to assessing shoulder recovery."

Djokovic has points to defend in Asia after winning the Shanghai Masters last year.

The 16-time Grand Slam champion said he would "almost certainly" play in Shanghai if he missed Tokyo.

"Tokyo and Shanghai first. My team and I believe that in the past two to three weeks we have put the shoulder in the position of being able to withstand multiple tournaments in a row," Djokovic said.

"Tokyo and Shanghai are both goals and purposes but everything is still in God's hands, the whole scenario.

"I don't know what it will be but everything is working great for now."