Home  »  Website  »  Sports  »  US Open 2019: Novak Djokovic Defence Over As He Retires From Stan Wawrinka Clash

US Open 2019: Novak Djokovic Defence Over As He Retires From Stan Wawrinka Clash

World No. 1 Novak Djokovic saw his US Open defence end as he retired in the third set against Stan Wawrinka. 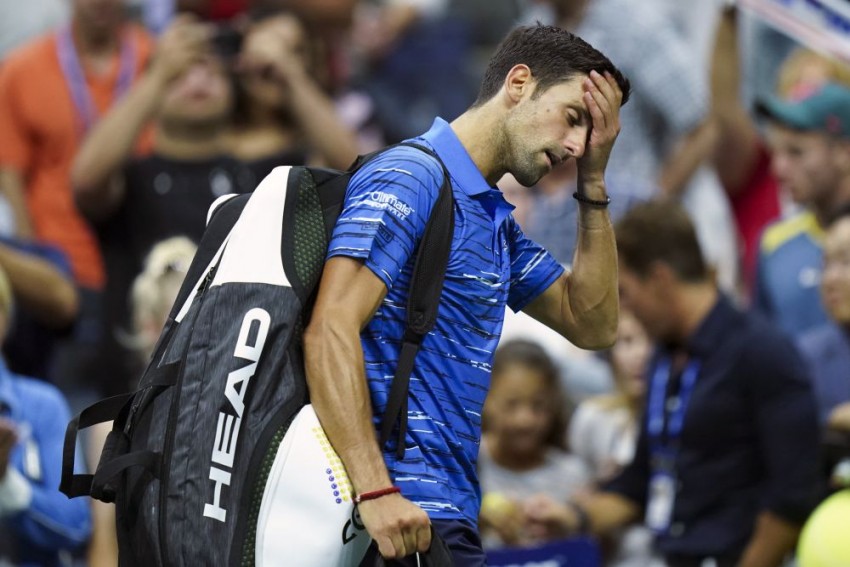 Novak Djokovic walks off the court as he retires during his match against Stan Wawrinka during the fourth round of the US Open on Sunday (September 1).
AP
Omnisport 2019-09-02T09:03:27+05:30 US Open 2019: Novak Djokovic Defence Over As He Retires From Stan Wawrinka Clash 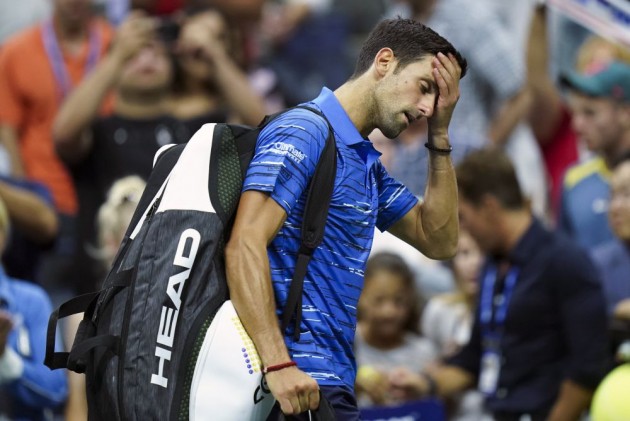 Novak Djokovic is out of the US Open after retiring from his fourth-round match with Stan Wawrinka. (TENNIS NEWS)

The Serbian battled a shoulder injury in his second-round win over Juan Ignacio Londero but appeared to suggest his condition had improved after a third-round defeat of Denis Kudla.

However, the World No. 1 was second best throughout against the 2016 champion and called it quits after he dropped his serve to give Wawrinka a 6-4, 7-5, 2-1 lead in the third.

Wawrinka, who is in pursuit of his fourth major title, will play Daniil Medvedev for a place in the semi-finals.

Wawrinka made an outstanding start to proceedings, finding immediate success with his backhand, and he struck the opening blow by breaking to take a 3-2 lead.

The Swiss saved a pair of break points in the subsequent game, holding with the help of three successive aces, before a crunching forehand enabled him to wrap up the set.

Djokovic provided an instant response to start the second set as Wawrinka pushed a backhand long.

However, Djokovic was uncharacteristically sloppy on serve and a pair of double faults followed by an incredible backhand around the net post from Wawrinka laid the platform for a break back that came when the Serbian went long himself at the end of a captivating rally.

A love hold from Wawrinka followed and Djokovic then came under further pressure as he was forced to save a break point before completing a difficult hold with a sublime backhand volley.

Wawrinka, by contrast, went another service game without dropping a point, and a stunning backhand return gave him two break points. He only needed one as Djokovic produced a forehand volley lacking both power and placement.

The second set was sealed in similar fashion as Djokovic failed to execute a backhand drop shot. He received treatment on his shoulder before the third, which he started with a confident love hold.

That proved a false dawn, though, as Wawrinka responded with a comfortable hold before a break to love came his way with a Djokovic double fault that prompted the 16-time Grand Slam champion to cross the net and shake hands.