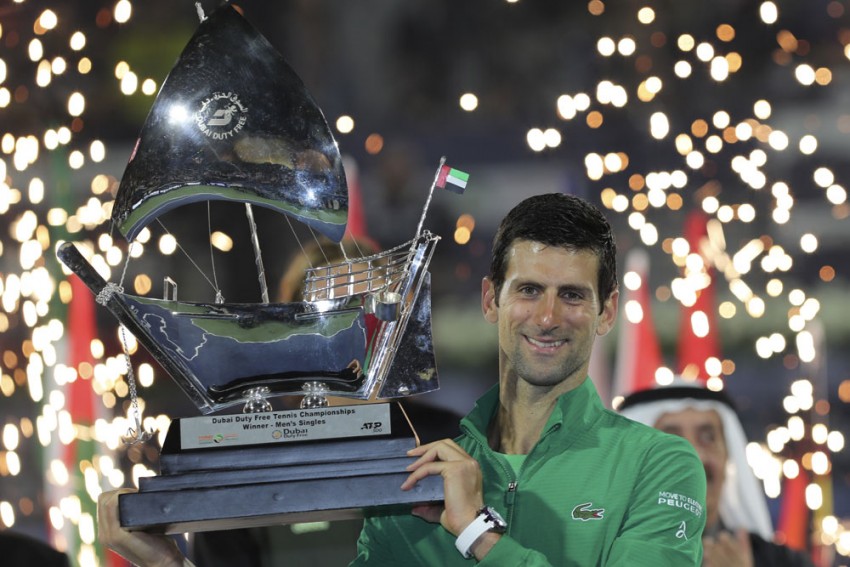 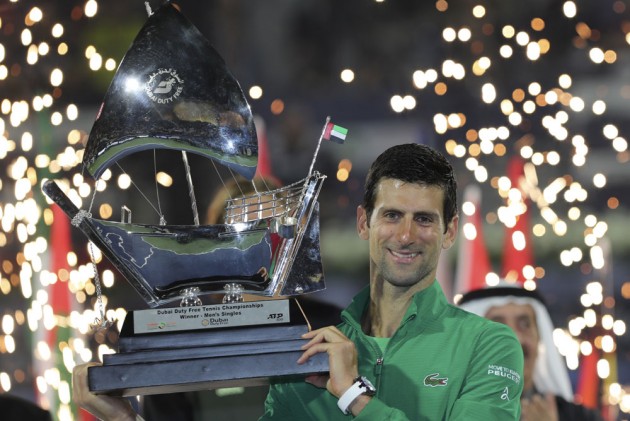 Novak Djokovic won his fifth Dubai Tennis Championship after extending his perfect start to 2020 with an impressive win in the final against Stefanos Tsitsipas. (More Tennis News)

The world number one extended his record this year to 18-0 as he triumphed 6-3 6-4 in one hour and 18 minutes on Saturday.

Djokovic added the ATP 500 title to his victory at the Australian Open, which had followed his role inspiring Serbia to glory at the inaugural ATP Cup.

After saving three match points against Gael Monfils in the semis, the Serbian relished his 79th Tour title as Tsitsipas lost in the final for the second straight year, having been beaten by Roger Federer last season.

Djokovic was playing in Dubai for the first time since 2016 and had not won the event since his fourth success seven years ago.

Tsitsipas came into the match in form having built on his Open 13 Marseille triumph with a strong run to the final and he forced the first break point in the fifth game, though he could not convert.

A wide backhand from the Greek as he served at 3-4 gave Djokovic his first opportunity and the 17-time major champion seized it with a brilliant sliding backhand pass, before claiming the set with a winner down the line in the next game.

Top seed Djokovic built a 0-30 lead in the opening game of the second set only for Tsitsipas to halt his momentum with what looked like a key hold.

The players exchanged breaks when Djokovic moved 3-2 up only for his opponent to strike straight back, the Serbian sending a forehand long moments after the Greek had come out on top in a 25-shot rally.

But the more experienced player delivered when it mattered most, forcing two chances at 4-4 and taking the first when a Tsitsipas backhand found the net.

Djokovic had few problems serving it out, quickly earning three match points and needing just one as a backhand winner led to him embracing Tsitsipas before letting out a passionate celebration on court as his fantastic form continued.

DJOKOVIC DOMINATES DUBAI @DjokerNole is the #DDFTennis champion for a fifth time after defeating Tsitsipas 6-3 6-4! pic.twitter.com/BhjAneDsUU