Virat Kohli's decision to bat first after winning the toss Vs South Africa in Bengaluru backfired heavily, leading to a South African victory. The home side's captain stated after the match that his team would be sticking to their template. 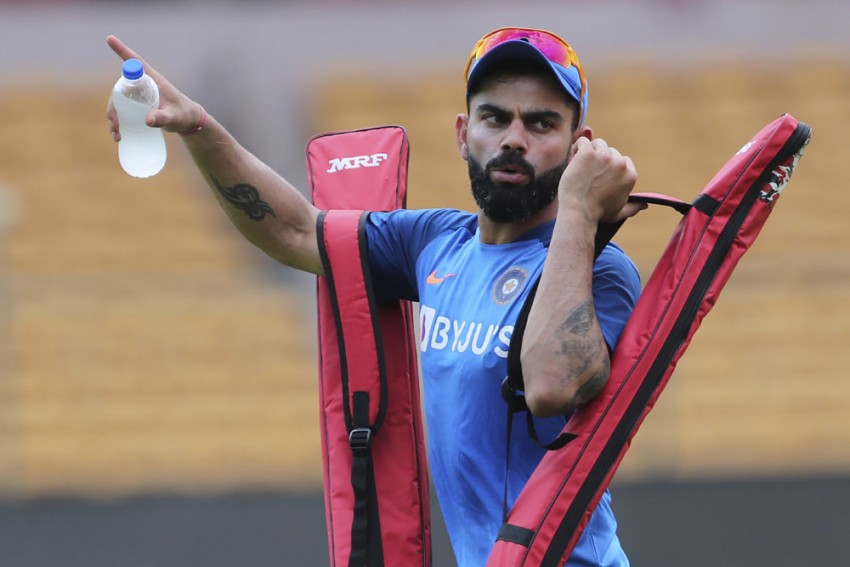 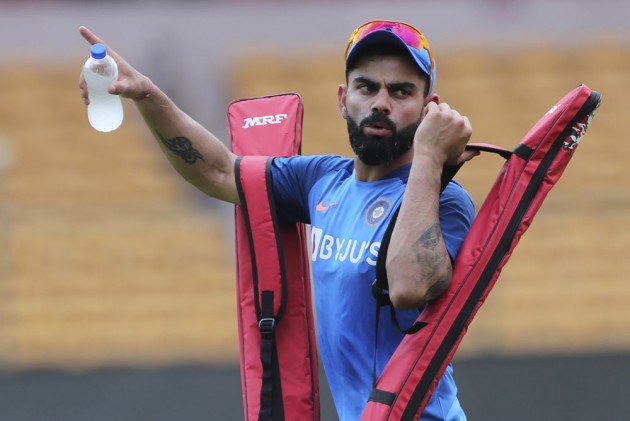 His eyes trained on next year's T20 World Cup, skipper Virat Kohli is willing to take risks in order to mould his India players into an "unfazed" unit, one that is able to "take toss out of the equation".

His bold but surprising decision to bat first in a venue always known to favour the chasing teams may have backfired during the third T20l against South Africa, but Kohli said they will have to take risks to find the best combination.

"I think as a team if we are willing to get out of our comfort zone a lot more, then we will be unfazed with what happens at the toss. That's our basis idea: trying to take the toss out of the equation as a side."

His long batting line-up gives him the leeway to experiment but India still lost the series' final game by nine wickets to settle for a 1-1 stalemate.

"That's why we are trying to play the best combination we can, (with) people batting till nine. So that if you bat first or bowl first, you know we are in a good position," Kohli said.

"Mentally, if we put ourselves in a situation where we are ready to do anything rather than wanting to do one thing, we will be in a better position as a side to capitalise on any situation that we are in.

"Unless you do that, unless you start taking those risks, you are always going to be put under somewhere or the other. We want to make sure that we iron all those out before we head into the World Cup."

No team had ever chosen to bat first in six previous T20Is at this ground, but Kohli wants his team to also become stronger in defending totals.

134 was not a good score on this surface, admitted Kohli but refused to be harsh on his bowlers after the big nine-wicket drubbing.

"Bowlers coming out of their comfort zone mean at least they get 160 (to defend). You can't defend 130, we didn't get it right with the bat and you can't be too harsh on the bowlers in a T20 game with this kind of total when there is a bit of dew as well.

"They should not be analysed or criticised on defending this low total. We didn't have enough runs on the board, so the bowlers are always under pressure knowing that one or two overs can take the game away from you.

"But I think they have done decently well (in the series overall), we will have to be patient with the combination we are playing at the moment. We will have to strengthen one or two things."

ALSO READ: Rishabh Pant Should Drop Down From No.4 To Regain Form: VVS Laxman

At the toss, in the presentation as well as the post-match media conference, Kohli said he doesn't want his team to be in a comfort zone.

"... But quickly we realised the pitch didn't allow us to keep doing that. So I think the kind of start we got, 63 for one after that, I think we could have reassessed, thing about 170 rather than 200."

He acknowledged the South Africans executed their plans better.

"Not to take anything away from South Africa, they hit the right areas, they bowled really well, understood the pitch. So it was a combination of good bowling, not great decision-making but, as I said, these kinds of games will keep happening," Kohli said.

"As long as we are wanting to come out of our comfort zone and putting ourselves in situations which could be the case in a big tournament."

The focus now shifts to the three-match Test series and Kohli expressed confidence, which stemmed more so from the bowling attack at his disposal.

"Our Test team is as strong as it gets in world cricket, especially in our conditions we are one of the best teams. We know exactly what we need to do," he said.

"The kind of bowling attack that we have is always going to be challenging, but at the same time, you have to respect all opposition and make sure that you are playing consistent, solid cricket in all the sessions."

Rishabh Pant Should Drop Down From No.4 To Regain Form: VVS Laxman