Despite winning Ligue 1, only two Lille players have made it into the UNFP's Team of the Season 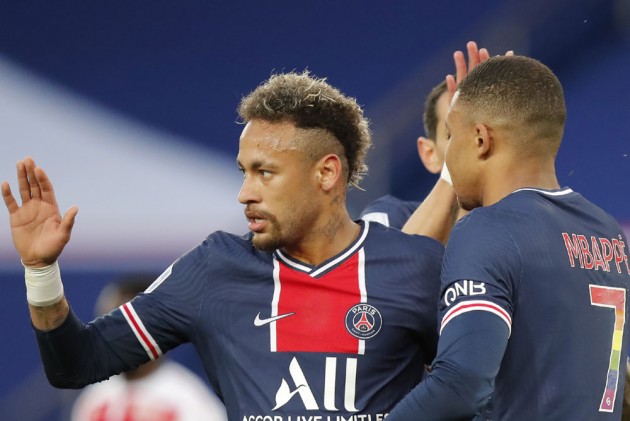 It was an incredible season for Christophe Galtier's Lille, who had finished fourth in the shortened 2019-20 campaign.

A talented squad full of vibrant, youthful attackers – albeit spearheaded by veteran campaigner Burak Yilmaz – clinched Ligue 1 title number four for the club on Sunday, with their success confirmed when they beat Angers 2-1 on the final day of the season.

Indeed, it is only the second time since 2012-13 that the capital club has not won the title… Not that you would know it when looking at the Team of the Season as announced by the National Union of Professional Footballers (UNFP) following the conclusion of the season.

The only two Lille players to be included in the selection were left-back Reinildo Mandava and Benjamin Andre.

Ten years later, we are back in dreamland: this is as real as it gets …

Yilmaz in particular will have every right to be disappointed by his exclusion, with the veteran Turkish striker only outscored by Cristiano Ronaldo (29) among players over the age of 35 across Europe's top five leagues.

His penalty on Sunday, which ultimately proved to be the goal that sealed Lille the title, was his 16th in Ligue 1, a haul bettered by only Mbappe, Monaco's Wissam Ben Yedder and Lyon star Memphis Depay.

Yilmaz is performing well in excess of his expected goals (xG) figure of 9.97. A positive differential of 6.03 is the sixth-best in the elite divisions behind Robert Lewandowski, Marcos Llorente, Son Heung-min, Luis Muriel and Lionel Messi.

Similarly, goalkeeper Mike Maignan may feel a slightly hard done by, his 21 clean sheets two better than anyone else across the top five leagues.

Although, using the xGOT (expected goals on target) conceded model, Navas (8.1) is one of the three goalkeepers in Europe's top leagues to have prevented more goals than Maignan (5.8).

Either way, Lille may not even notice the team has been announced as they look set for a long night of celebrations at the end of a momentous campaign.