Rohit Sharma slammed consecutive sixes in the final two balls of the Super Over to lead India to their maiden T20 series win in New Zealand. 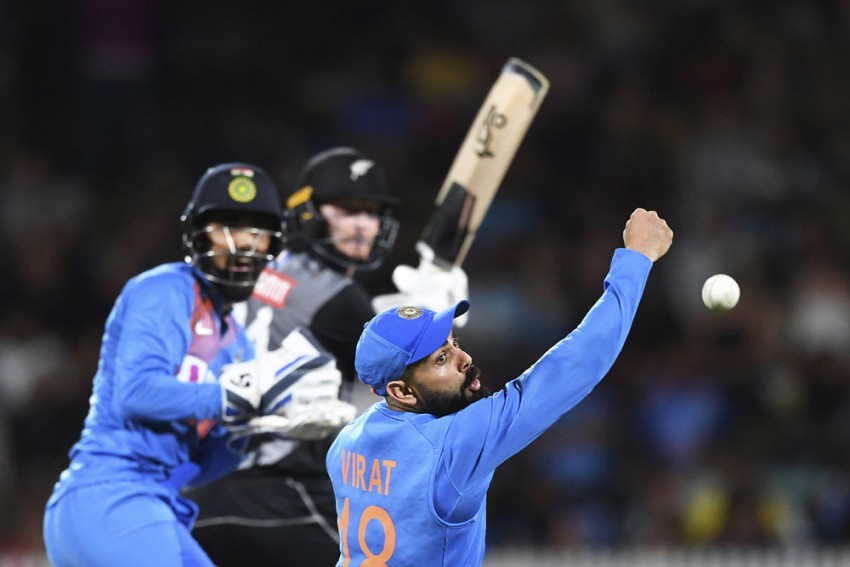 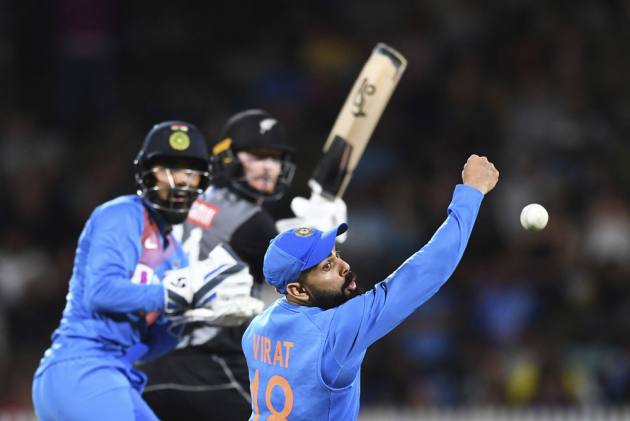 Virat Kohli said New Zealand deserved to win the third T20 International after India prevailed in the Super Over to take an unassailable 3-0 lead in the five-match series, on Wednesday.

Rohit Sharma smashed consecutive sixes in the final two balls of the Super Over to lead India to their maiden T20 series win in New Zealand following a nerve-wracking finish.

Needing 18 off six balls in the Super Over, India managed 10 off the first four balls. Rohit then smacked two sixes -- one over mid-wicket and another over long off -- to help India pull off a nail-biter.

"I thought we were gone at one stage. I told our coach that they deserved to win. The way Kane was batting, on 95. Feel bad for him, I know what it's like to play those knocks when things don't go your way. On the last ball, we had a discussion and we came to a conclusion that we had to hit the stumps," the India captain said at the post-match presentation ceremony.

Rohit turned out to be the star for India as he also top-scored with a 65-run knock to guide the visitors to 179 for five in their 20 overs.

New Zealand had it all under control with two runs needed off four balls and six wickets in hand to overhaul India's total, but they faltered.

Mohammed Shami bowled a brilliant final over to tie the game and bring back memories of the 2019 World Cup final, which New Zealand agonisingly lost to England on boundary count.

New Zealand captain Kane Williamon did all he could, both in the run chase (95 off 48 balls) and the Super Over (11), but still it did not prove to be enough.

"Last ball we had a discussion, we had to hit the stumps because if you don't, it's a single anyway. Rohit was outstanding, both in our innings, and the last two balls as well. We knew if he got one hit, the bowler was under pressure immediately," Kohli said.

With the series in pocket, the India skipper hinted that he will try out his bench strength in the remaining two games.

"It's important to give a couple of the others some game time as well. We want to see how they do in these conditions, someone like Washington Sundar, or (Navdeep) Saini," Kohli said.

Williamson rued his side's misfortune with Super Overs and said the Black Caps need to try and finish off things in regulation time.

"Super Overs haven't been too good for us, so we probably need to try and do better in regular time," he said.

"(But) It was a much better performance all round. We fought back well with the ball after their start. Both sides maximised the slightly shorter side towards the scoreboard."

Williamson, however, didn't hide his disappointment, saying New Zealand need to learn from their Indian counterparts on how to win "big moments" of a match.

"Pretty disappointing, losing after an effort like that, but it's a game of small margins," he said.

"Throughout the three balls, we've seen India, with their experience, stand up in the big moments, and we must learn from them. It was nice to spend some time in the middle, build some partnerships with the guys, and try and take the game deep," he added.