The match had to be settled in the Super Over, with Rohit Sharma leading India to a brilliant win over New Zealand in the 3rd T20I. 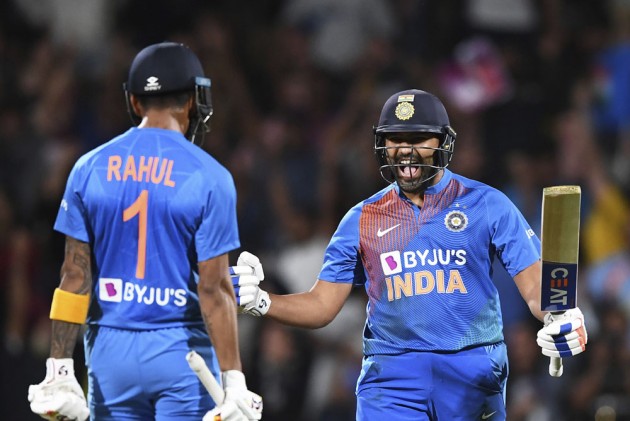 India defeated New Zealand in the third T20 International via Super Over to take an unassailable 3-0 lead in the five-match series on Wednesday.

India posted a competitive 179 for five at Seddon Park after being sent into bat. Opener Rohit Sharma top scored for India with a 65-run knock while skipper Virat Kohli contributed 38 runs in team's total.

Later, skipper Kane Williamson smashed a 48-ball 95 but New Zealand faltered in the final over to take the match into the Super Over.

Needing nine runs of the last over, New Zealand lost Williamson and Ross Taylor to finish at 179 for six and tie the match.

In the Super Over, New Zealand scored 17, a target which India overwhelmed in the
final ball with Rohit smashing Tim Southee for two consecutive sixes.

The fourth T20 International between the two sides will be played on Friday in Wellington.