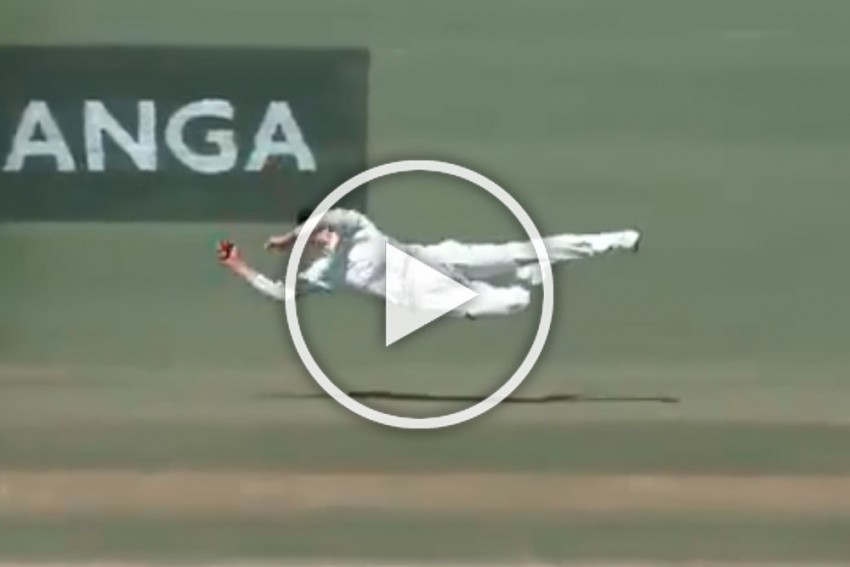 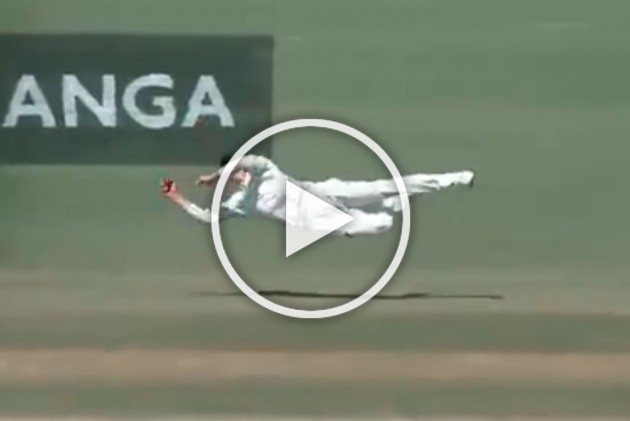 He missed out on the man of the match award, but Mitchell Santner was the true star in New Zealand's big win against England at Mount Maunganui. (More Cricket News)

The all-rounder not only scored his maiden Test hundred, to help the man of the match BJ Watling compile a double hundred, but also proved the catalyst in England's quick demise in the fourth innings of the first match. But what fans will remember from that match is not his ton or the wickets, but one outrageous piece of fielding.

On day five, fielding at short-cover, Santner took an unbelievable catch to dismiss Ollie Pope off Neil Wagner as England were bowled out for 197.

As seen in the video, shared by the ICC, Santner stretched full-length, in the air and pulled off a one-handed catch.

England won the toss and opted to bat first. Ben Stokes' 91, and fifties from Rory Burns and Joe Denly helped the visitors post what was initially thought to be a very good score, 353.

In reply, New Zealand declared at 615/9 with Watling (205) and Santner (126) doing the bulk of the scoring. Then, Santner rocked England by claiming three early wickets towards the end of Day 4. Kiwis wrapped up the match the following day, with Neil Wagner claiming a five-four.