It put New Zealand in an unbeatable position in the two-Test series vs England and extended their home streak to a remarkable seven series without defeat. 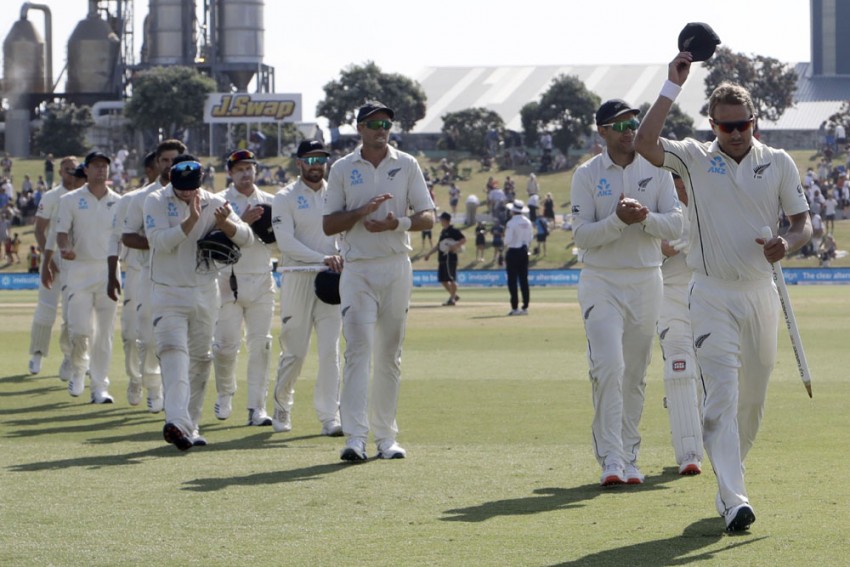 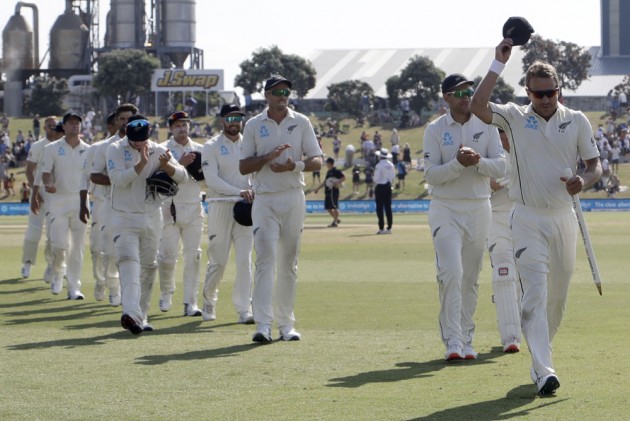 A fiery five-wicket burst from Neil Wagner sealed a comprehensive innings and 65 runs victory for New Zealand over England late on the final day of the first Test in Mount Maunganui on Monday.

It put New Zealand in an unbeatable position in the two-Test series and extended their home streak to a remarkable seven series without defeat.

England were on the ropes with only two wickets remaining at tea before Sam Curran and Jofra Archer staged a late rally with a 59-run stand for the ninth wicket.

But with fewer than 22 overs remaining in the match, Wagner brought proceedings to an abrupt halt when he removed Archer and Stuart Broad, the last man in, with successive balls.

England had started the final day at three for 55 and 207 runs away from making New Zealand bat again.

In what began as a dogged fight for survival they crept along with a mere 66 runs off the first 41 overs for the loss of only Joe Root's wicket for 11 -- completing a disappointing match for the England skipper after his two in the first innings.

Ben Stokes joined Joe Denly to continue England's defiance until nine overs after lunch when their patience ran out and New Zealand cashed in.

Stokes, on 28, chased a wide Tim Southee delivery that should have been left and chopped it on to his stumps.

Wagner, who had been wicketless at that stage, revved up his left-arm bouncers and accounted for Joe Denly, Ollie Pope and Jos Buttler in quick succession as England lost four wickets for 17 runs.

Denly, who delivered a solid 74 for England in the first innings, top-scored the second time around with 35 before he was caught behind.

Pope was on six when, like Stokes, he chased a ball he should have left alone.
Pope stretched to a wide full toss from Wagner and was caught by a diving Mitchell Santner at short cover.

When the second new ball was taken, Wagner bowled Buttler who was scoreless after facing 18 deliveries.

Wagner finished with five for 44 and Santner had three for 53, in a victory set up by BJ Watling's 205 in New Zealand's mammoth first innings of 615 for nine declared.

New Zealand's celebrations however were tempered by injury, with Trent Boult bowling just one over in the morning before leaving the field with a rib problem and taking no further part.

Captain Kane Williamson, who had been troubled by a hip injury in the lead-up to the Test, left the field a few overs before the end clutching his side.

The second and final Test in the series starts in Hamilton on Friday.