The surgery was performed on Saturday night and Jimmy Neesham has a splint on, and will be reviewed by a hand specialist in a week's time 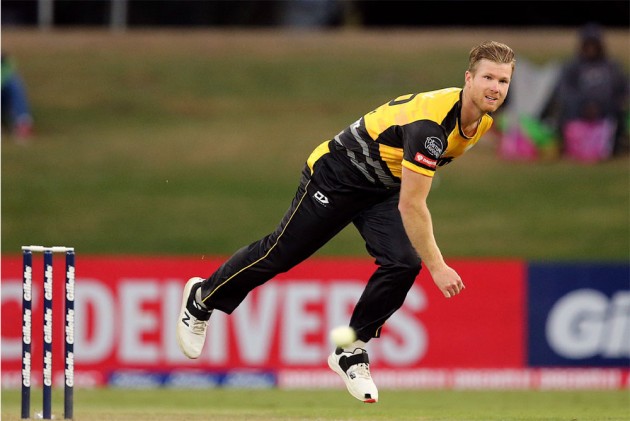 The surgery was performed on Saturday night and he has a splint on, and will be reviewed by a hand specialist in a week's time.

Neesham, who struggled for form in the IPL last year, is expected to return to action for the back end of the ongoing Super Smash tournament, where Wellington are currently leading the table.

"James Neesham has a confirmed compound dislocation (exposure of joint surfaces) of his left ring finger. He underwent surgery on Saturday night and has been put in a splint," Cricket Wellington said in a tweet.

"It will be reviewed by a hand specialist in a week, with the aim to be available for the back end of the Super Smash," it added.

The 30-year-old all-rounder had featured in five of his team's six matches so far, scoring 65 runs and taking eight wickets at an average of 16.25.

He played Saturday's Super Smash match against Canterbury and top-scored with 49 to lead Wellington to 154 for seven.

But with the ball, he gave away 30 runs from 3.4 overs as Wellington suffered their first defeat of the season.

Neesham, who has mostly restricted himself to playing T20 cricket in recent months, has so far represented New Zealand in 12 Tests, 63 ODIs and 24 T20Is and scored 709, 1286 and 250 runs respectively, besides picking over 90 international wickets.

He struggled for runs as well as wickets in the last IPL played in the UAE, managing only 19 runs and two wickets for Kings XI Punjab, who failed to qualify for the playoffs and finished sixth on the table.