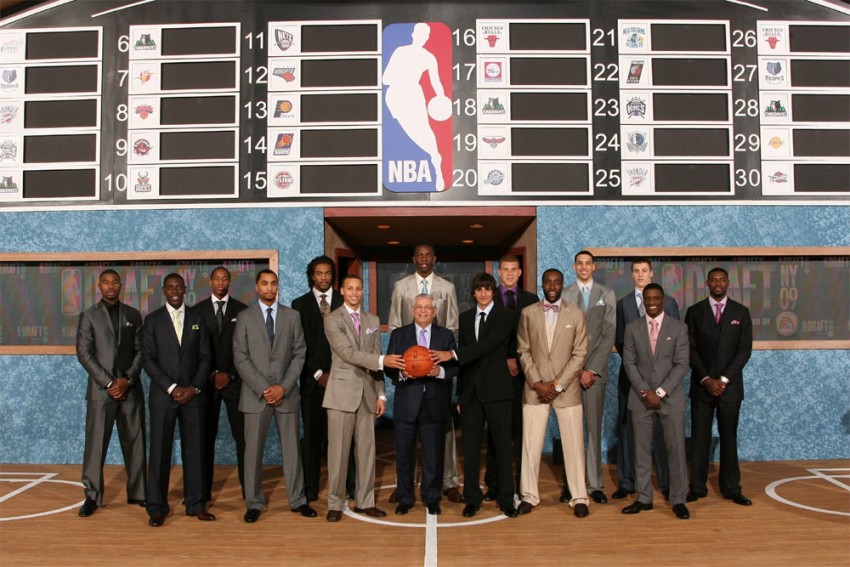 He blossomed last year for Dayton to turn the Flyers into a Final Four contender while becoming a sought-after pro prospect ahead of Wednesday's draft. He's among the headliners of this year forwards, players offering enough size or length to tussle inside or contribute on the perimeter.

Here's a look at some of the top prospects:

OBI TOPPIN
Toppin was once a 6-foot-2 high school junior who had never dunked in a game and then a senior lacking Division I offers. Now he's a high lottery prospect as a rangy power forward.

STRENGTHS: The 6-9, 220-pound Toppin's development, which included a stop in prep school and a redshirt season, turned him into an efficient scorer and high-flying dunker. He averaged 20 points despite taking 20 shots in a game only once all year. He shot 64.7 per cent from the floor over two seasons and became a more frequent 3-point shooting threat last year (39 per cent).

CONCERNS: It's unclear how good of a rebounder he will be; he averaged 7.5 rebounds but hit double figures only eight times in 31 games last year despite his explosiveness.
It's also unclear how well he'd handle quicker opponents when roving or switching along the perimeter, though Toppin said workouts with other NBA players and draft prospects would helped prepare him for that.

The 19-year-old from Israel is a versatile playmaker with size and a still-developing game.

He's a good ballhandler with the versatility to lead the break, run the offense in half court or play from the post. He also became the youngest player ever to play for Maccabi Tel Aviv to start his professional career in 2017.

CONCERNS: Avdija's shooting touch just hasn't been there. Last year, he made just 33 per cent of 3-pointers and 59 per cent of free throws in 59 games with Maccabi Tel Aviv in Israeli and Euroleague play. During a predraft virtual news conference, Avdija said he's been working to make his stroke more efficient as he gets stronger, adding: "I'm a guy who likes to improve, who's looking forward to improve."

PATRICK WILLIAMS
The 19-year-old freshman offers positional versatility after playing in solely as a Seminoles reserve.

STRENGTHS: The Atlantic Coast Conference's sixth man of the year helped the Seminoles win their first league regular-season crown. He brought athleticism and strength in a 6-8, 225-pound frame with a nearly 7-foot wingspan, giving him the ability to defend multiple positions.

CONCERNS: Williams was a perfect fit as a complementary piece for FSU, but teams will have a limited body of work to evaluate while projecting him for a more extensive role. Williams must continue developing his outside shot after shooting 32 per cent from 3-point range and making just 16 in 29 games.

OTHERS TO WATCH
PRECIOUS ACHIUWA: The 6-9, 234-pound Memphis freshman used this athleticism to become the first player named player of the year and freshman of the year in the American Athletic Conference in the same season.

He averaged 15.8 points and 10.8 rebounds while swatting a team-best 58 shots, two-way production that could land him midway through the first round.

SADDIQ BEY: The 6-8 sophomore led Villanova in scoring (16.1), shot 45 per cent from 3-point range and won the Julius Erving Award for college basketball's top small forward. Bey, who has a 6-11 wingspan, is a first-round prospect who has climbed into the lottery in some mock drafts.

JADEN MCDANIELS: The 6-10 Washington freshman and former McDonald's All-American has the tools to be a first-round pick. But he had a bumpy year with inconsistency and foul trouble – he fouled out eight times and picked up six technicals – while also committing a team-high 100 turnovers, 23 more than any other Huskies player.