The NBA has agreed a plan for its return to action, with games played at Walt Disney World Resort subject to an agreement being reached. 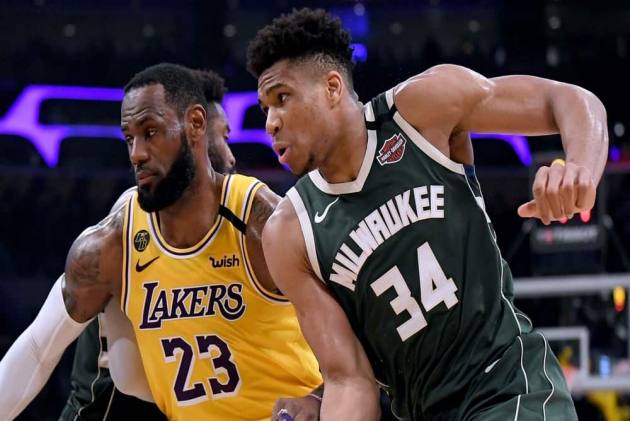 The NBA has confirmed plans for 22 teams to restart the 2019-20 season, with a tentative resumption date of July 31.

Teams are set to stay at Walt Disney World Resort near Orlando, Florida and have all their games and practices on the campus after the NBA's Board of Governors approved proposals for a restart from the coronavirus-enforced break.

The 22 teams due to head to Florida are the 16 that occupied the playoff berths when the season was halted in March, along with the six teams that are within six games of the eighth and final seeds in the Eastern and Western Conferences.

Each of the remaining 22 teams are set to play eight games to determine the 16 that will advance to the playoffs.

Under the proposals, the NBA Finals would end no later than October 12, three days before the 2020 NBA Draft is set to take place, and two months before the 2020-21 campaign begins.

The league was suspended in March after Utah Jazz star Rudy Gobert tested positive for COVID-19.

In a statement, NBA commissioner Adam Silver said: "The board's approval of the restart format is a necessary step toward resuming the NBA season.

"While the COVID-19 pandemic presents formidable challenges, we are hopeful of finishing the season in a safe and responsible manner based on strict protocols now being finalised with public health officials and medical experts.

"We also recognise that as we prepare to resume play, our society is reeling from recent tragedies of racial violence and injustice, and we will continue to work closely with our teams and players to use our collective resources and influence to address these issues in very real and concrete ways."