'My Job Is To Keep My Head Straight,' Rohit Sharma Vows Sachin Tendulkar World Cup Milestone Not A Distraction

Rohit Sharma has set one Cricket World Cup record and another belonging to Sachin Tendulkar is in sight as in-form India move into the semi-finals versus New Zealand. 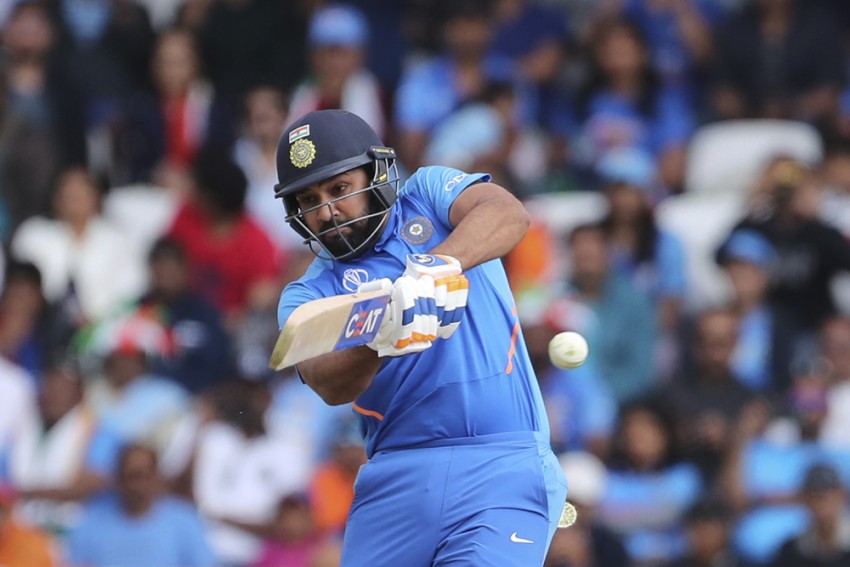 Rohit moved to 647 runs for the tournament in England after making his fifth century in Saturday's seven-wicket win against Sri Lanka.
AP
Omnisport July 07, 2019 00:00 IST 'My Job Is To Keep My Head Straight,' Rohit Sharma Vows Sachin Tendulkar World Cup Milestone Not A Distraction 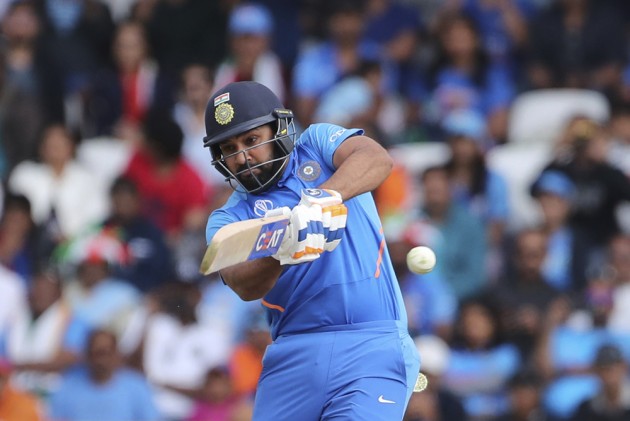 India opener Rohit Sharma will not let himself think about breaking Sachin Tendulkar's record for the most runs in a Cricket World Cup.

Rohit moved to 647 runs for the tournament in England after making his fifth century in Saturday's seven-wicket win against Sri Lanka.

Matthew Hayden amassed 659 for Australia in 2007, meaning Rohit sits third in the all-time standings with one and possibly two innings still to come.

No batsman had ever made five centuries before in a single World Cup, so Rohit has already entered the record books.

India's semi-final place was assured long before their trip to Leeds, where Rohit and KL Rahul both made centuries at the top of the order to pave the way for an emphatic victory. India will play New Zealand in the first semifinal at Manchester on July 9(Tuesday).

"I'm not thinking about milestones," Rohit said after his innings of 103, which included 16 boundaries.

"I know if I play well all these things will happen along the way. My job is to keep my head straight, keep playing and get the team to the finishing line.

"I want to start every day afresh and I try and come out thinking I've not played any ODIs, I've not made any hundreds in the tournament, it's just the first game of the tournament. That is the kind of mindset I want to get in.

"People around me are talking about hundreds, but that's the challenge of a sportsman: try to keep your head straight and focus on the job at hand."

Will the Hitman overtake the Master Blaster by the tournament's end?#CatchinSachin pic.twitter.com/wPj9ZEgMNy

Captain Virat Kohli has seen his side win seven and lose just one match in the group stage.

Kohli said at the post-match presentation: "We wanted to play good cricket but we didn't expect this kind of scoreline heading into the semis. That's what hard work and consistent performances get you.

"It's a real honour for all of us to play together on the field for India."

Asked about his team line-up for the semi-finals, Kohli said: "More or less everything is set, but we don't want to be one-dimensional. The team that is flexible on the day has more chance of executing what they want to.

"We need a good balance and whatever combination provides the balance for us, I think we'll go ahead with that. We're happy with the way we've played but it's about turning up on the day now and putting another performance in."

"Of course Sri Lankan cricket will miss him. In Test cricket and one-day cricket, he was wonderful - he was the man," Karunaratne said. "He's done a really good job. Everyone has to end their chapter. After that we have to find a new guy."