Happy Birthday MS Dhoni: Former India remains one of the protagonists, albeit in absence, as cricket fights back it's way back to normalcy in the times of coronavirus pandemic 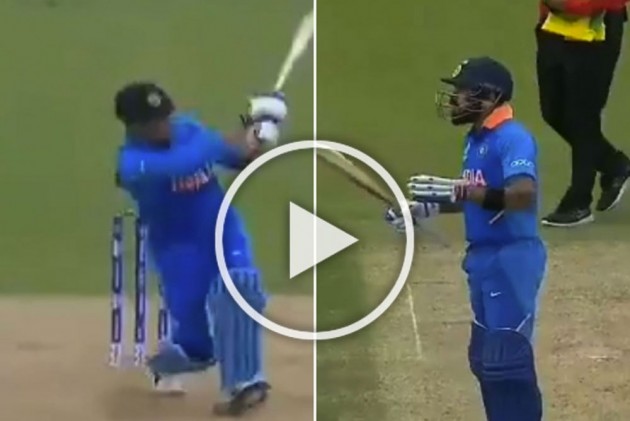 Former India captain Mahendra Singh Dhoni turns 39 on Tuesday. Regarded as one of the best captains the game has ever seen, Dhoni has been a fan favourite since making his India debut in 2004. His birthday is a special day for cricket fans. (More Cricket News)

Dhoni, the only captain to win all the International Cricket Council (ICC) sanctioned tournaments, has been on a sabbatical since the 2019 World Cup where India lost to New Zealand in the semifinals. But he remains one of the protagonists, albeit in absence, as cricket fights back it's way back to normalcy in the times of coronavirus pandemic.

READ: Why No One Can Predict The Future of This Cricketing Superman

And cricket fraternity took to social media platforms to wish Dhoni the best on his birthday.

The Board of Control for Cricket in India (BCCI), in its wish to the legend, wrote "one man, countless moments of joy!" and shared a "70 seconds of Classic MSD".

Let’s celebrate @msdhoni's birthday by revisiting some of his monstrous sixes! ðÂÂÂÂ½ï¸ÂÂðÂÂÂÂª#HappyBirthdayDhoni

And here are others who took time off to wish Dhoni a happy birthday:

Once in a generation, a player comes and a nation connects with him, think of him as a member of their family, kuch bahut apna sa lagta hai. Happy Birthday to a man who is the world ( Dhoni-ya ) for his many admirers. #HappyBirthdayDhoni pic.twitter.com/T9Bj7G32BI

Happy birthday to my Bittu from your Chittu ðÂÂ¤ÂÂ My friend who has taught me to be a better human being and stood by me in bad times @msdhoni ðÂÂÂÂÂÂâÂÂ¤ï¸ÂÂ #HappyBirthdayDhoni pic.twitter.com/WfoRkMmAuo

Many more happy returns of the day to a man whose composure and patience continues to be an inspiration. #HappyBirthdayDhoni pic.twitter.com/h1EXP6aohR

In a celebrated career, the wicketkeeper-batsman has so far played 90 Tests, 350 ODIs and 98 T20Is for India, scoring 17000 international runs.