MS Dhoni: Why No One Can Predict The Future of This Cricketing Superman

Mahendra Singh Dhoni remains one of the greatest mysteries of world cricket. The 37-year-old continues to defy the odds with panache and no wonder that MSD will be Virat Kohli's go-to man in the Cricket World Cup 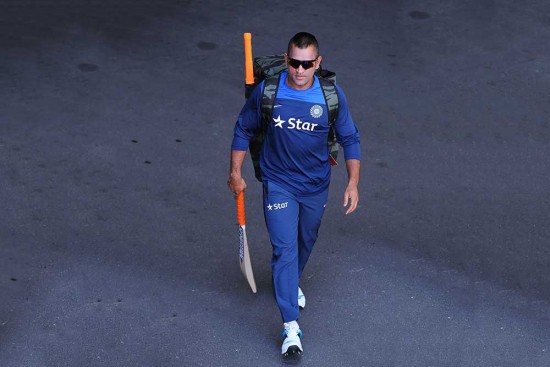 April 2016 could have been the cruellest month for Mahendra Singh Dhoni. Critics first whispered, then raised their sibilant slants—Dhoni’s skill was waning, his reflexes were slowing and his ability to surprise the opposition as captain was disappearing. It all came to a head rather dramatically, at a press conference after India narrowly lost to eventual champions West Indies in the T20 World Cup semi-finals, when an Australian journalist flatly asked Dhoni if he was going to retire. Dhoni read the flipper well: “You want me to retire? Do you think I can survive till the [50-over] 2019 World Cup?” The reporter sheepishly said, “You should, yes, sure.” Dhoni’s coup de grace—“Then you have answered the question”—drew no blood, only laughs.