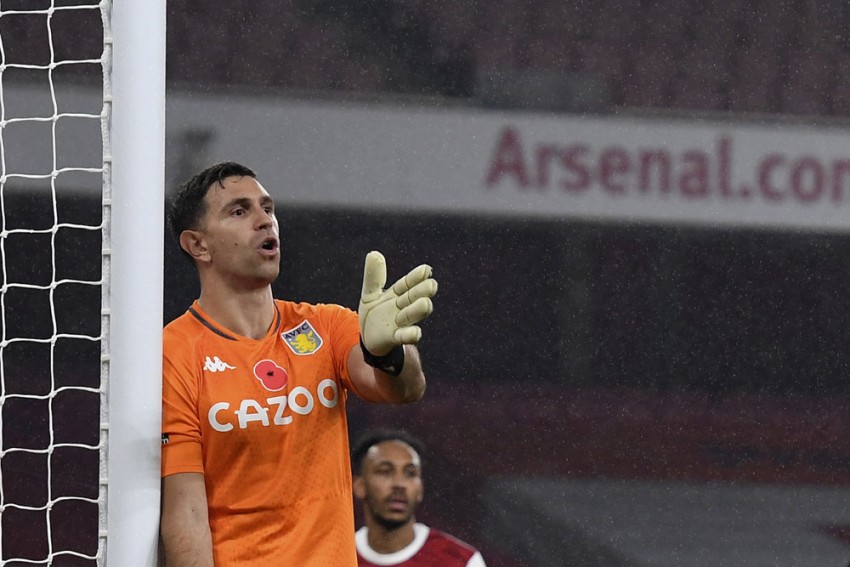 Aston Villa's goalkeeper Emiliano Martinez gives instructions to his players during their English Premier League match against Arsenal
Andy Rain/Pool via AP
Omnisport 2020-11-10T10:23:38+05:30 Move From Arsenal To Aston Villa Was A 'Step Up' - Emiliano Martinez 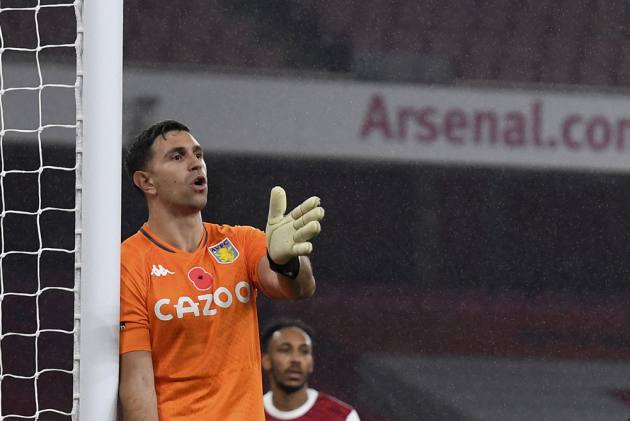 Emiliano Martinez believes his move to Aston Villa from Arsenal was a "step up" as he continues to shine for his new club. (More Football News)

Martinez joined Villa from Arsenal in September for a reported £20million.

After keeping a clean sheet as Villa stunned his former club 3-0 in the Premier League on Sunday, Martinez said the switch was a step up in his career.

"When I decided to come to Villa it was because I trusted in the manager's ambitions, I trusted the club's ambitions and I knew how big Villa is. People don't realise how big Aston Villa is," he told reporters.

@EmiMartinezz1 spoke to VillaTV after keeping his fourth Premier League clean sheet of the season! pic.twitter.com/aMsG0EgGZQ

Holding a game in hand, Villa are sixth in the Premier League table, three points behind leaders Leicester City.

No goalkeeper has kept more clean sheets than Martinez (four), while his 22 saves ranks equal sixth for most in the league.

Martinez also has a save percentage of 71, which is equal with Leicester City star Kasper Schmeichel and behind only Karl Darlow (74) of goalkeepers with at least 20 saves.

And the 28-year-old is hoping Villa can build on their good start to the season.

"I said since day one my ambition is to be in Europe with Aston Villa," Martinez said.

"I want to take this club as high as possible and we're on the right path."

After the international break, Villa will host Brighton and Hove Albion on November 21.