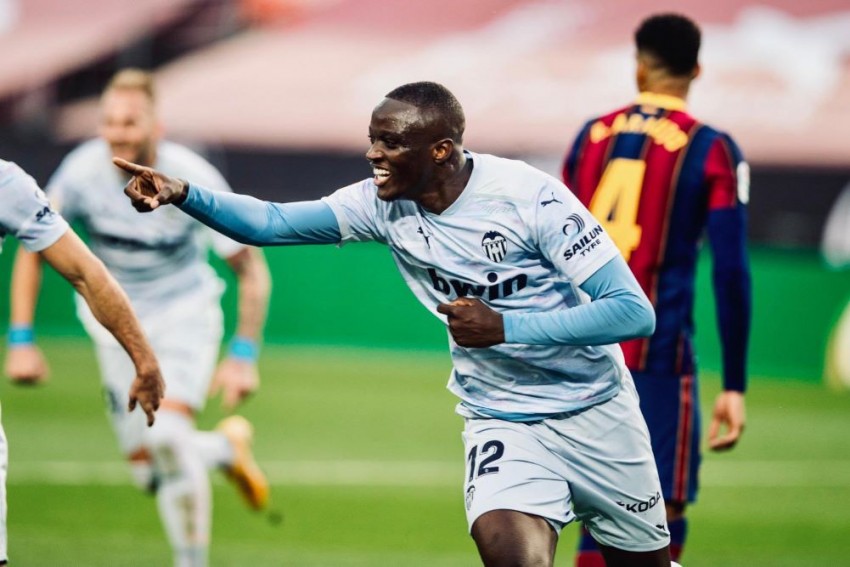 The match was stopped after 29 minutes when Mouctar Diakhaby was subjected to a 'racial insult' against Cadiz and Valencia captain Jose Luis Gaya led his team off the field .
Courtesy: Twitter (@Diakhaby_5)
Stats Perform 2021-04-06T09:22:45+05:30 Mouctar Diakhaby Was Subjected To An 'Extremely Serious Racial Insult', Claims Valencia President 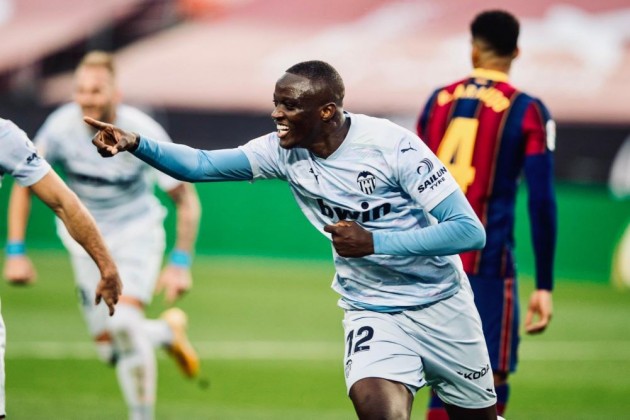 Valencia president Anil Murthy has called on LaLiga to do more in the fight against racism after Mouctar Diakhaby was subjected to what he described as an "extremely serious racial insult" against Cadiz. (More Football News)

The top-flight meeting on Sunday – which finished 2-1 to Cadiz – was stopped for 20 minutes after Valencia's players left the field following an altercation between Diakhaby and Cadiz defender Juan Cala.

Valencia's players subsequently walked off the pitch, before returning to the field without Diakhaby, who asked to be taken off.

After the match had restarted, Valencia tweeted their version of events, stating Diakhaby had suffered a "racist insult".

Cadiz issued a statement following the game, insisting any form of racism was not tolerated.

They also added they had no doubts over the honesty of their squad, with Cala having been picked up by television cameras pleading his innocence during the game.

Cadiz coach Alvaro Cervera said: "I saw the same as you did. They left the field alongside the referee because they said that Cala had insulted one of their players.

"Cala says that at no point did he insult the opposition player."

Cadiz confirmed on Monday that Cala would address the media on the subject after training on Tuesday.

Speaking alongside Diakhaby in a video posted on Valencia's official website, Murthy said: "Yesterday, in our game against Cadiz, we witnessed a flagrant incident of racism.

"There is no other way to describe it. Our player, Mouctar Diakhaby, was the recipient of an extremely serious racial insult by Juan Cala.

"Although Cala may deny it, we believe Mouctar completely. This type of behaviour should not be tolerated in football and in society in general, and we at Valencia condemn racism in any form. We fully support our player.

"There should be no doubt that Valencia will defend Mouctar Diakhaby to the fullest, and fight to ensure that such lamentable events are not repeated."

Our full backing to @Diakhaby_5.

We’ll fight until the end to clarify what happened, defend our player and eradicate racism!
#JuntsAnemAmunt #AllToPlayFor pic.twitter.com/RygaquFZlN

Valencia captain Jose Luis Gaya said the team had been told they would be penalised if they did not return to finish the game – a claim backed up by head coach Javi Gracia.

Murthy described Sunday's incident as a "step back in the fight against racism" and has demanded LaLiga change the rules to better protect those who suffer racist abuse.

"We spoke with LaLiga this morning to encourage them to also see their investigation through to the end," he added. "This incident cannot be left behind, and cannot be repeated with any other player for any other team.

"We are saddened that, following the incident, there was no reaction to stop the game, and that it was our players who were the ones to leave the field of play. There cannot be a lack of action in light of these types of situations.

"From now on, we would like to see some kind of reaction to change these protocols, in order to protect those who are vulnerable. If we don't change this, then it will give a bad example to everybody.

"We are proud of the reaction from our team, and we still do not understand why Diakhaby, the recipient of this racial insult, received a yellow card.

"We also do not understand why the players had to return to the pitch due to the regulations not protecting the victims and the team in such cases.

"This must change. Changes have been made in other leagues, and now the same must be done in Spain.