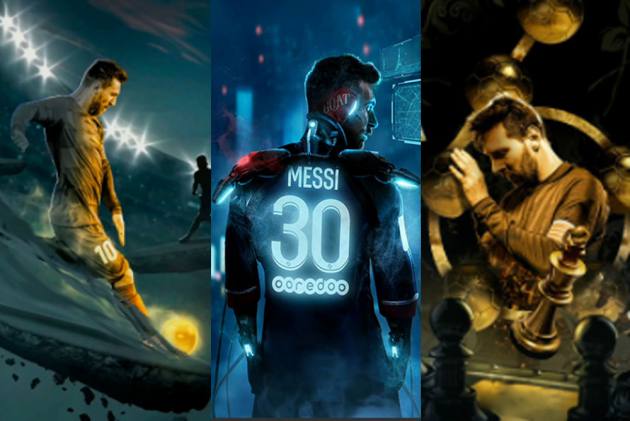 Now, Lionel Messi will come as a superhero or a king or even as a Greek titan. Yes, the football superstar is having his own universe - 'The Messiverse'. (More Football News)

Messi, 34, has launched his own collection of non-fungible tokens crypto art. And the art works, which will be available on blockchain platform Ethernity, are designed by none other than Bosslogic, who's worked with Marvel on its record-breaking Avengers franchise.

What's all this about?

According to Ethernity, it's about "immortalizing his legacy in blockchain form". The six-time Ballon d'Or winner is being portrayed as the "Man from the Future," "Worth the Weight," and "The King Piece". And there will be another one, to be revealed later. Check it HERE.

Make sure you go to https://t.co/kzLhqHMJ0C and pre register! pic.twitter.com/TVCEizLLJC

Talking about the collection, Bosslogic said: It's "a set of pieces outlining achievements, moments, team love and future accomplishments - focusing mainly on the man himself."

NFT is a form of crypto asset which uses blockchain to record the ownership status of digital objects, such as images, videos and text. While anyone can view the item, only the buyer of an NFT has the official status of being its owner.

According to reports, the NFT has exploded in recent months. In March, Christie's auction house sold a digital work by the artist known as Beeple for almost US$70 million (S$95.4 million).

Messi left Barcelona on a free transfer and signed a two-year contract with Paris Saint-Germain (PSG).