Manchester United remain in talks with Paul Pogba over a new contract but they are not the immediate focus of the midfielder, Ole Gunnar Solskjaer said. 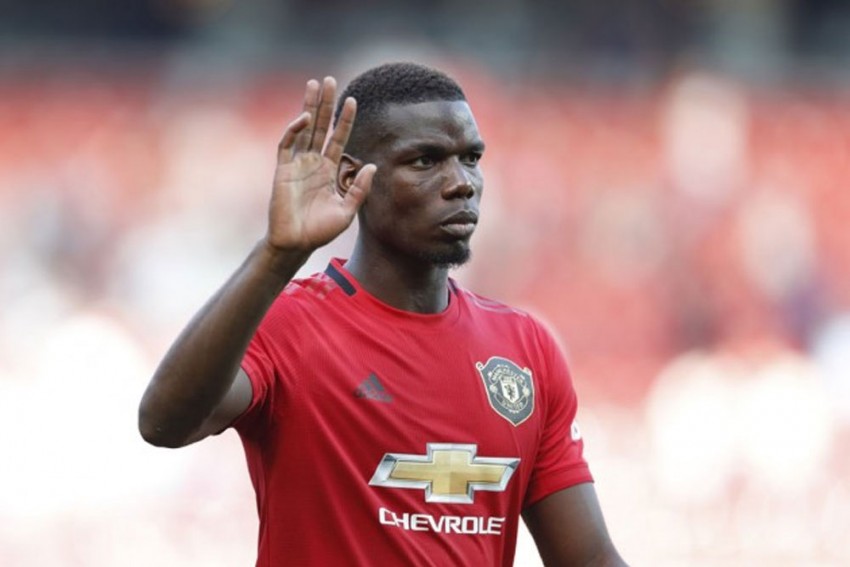 Paul Pogba is out of contract at the end of next season and has been heavily linked with a return to Juventus.
File Photo
Omnisport 2021-03-20T08:31:42+05:30 Manchester United: Solskjaer Says Paul Pogba Not Focused On Contract Talks

Manchester United remain in talks with Paul Pogba over a new contract but they are not the immediate focus of the midfielder, according to Ole Gunnar Solskjaer.  (More Football News)

Pogba came off the bench to send United into the quarter-finals of the Europa League, his close-range finish securing a 1-0 win at San Siro and a 2-1 aggregate success over Milan.

The France star is out of contract at the end of next season and has been heavily linked with a return to Juventus.

Solskjaer believes Pogba's performance illustrated his affection for the club, but contract discussions are not at the forefront of his mind.

"I think everyone in the team, Paul included, are just focused on doing as well as we can this season," Solskjaer told a media conference ahead of Sunday's FA Cup quarter-final with Leicester City.

"I don't think any energy would be used on the speculation. Of course we've got discussions and talks, when you see Paul playing like this, back training, it shows how much he cares for us, how much he enjoys playing and how much we can benefit from him playing."

Solskjaer is not anticipating Pogba playing the full game against Leicester, though he is confident the World Cup winner can still have an influence.

"We'll have to see how long he can play," Solskjaer added. "I don't think he can last 90 minutes, I'm not sure he can start.

"You see the impact he can make if he comes on as a sub. If he feels ok, maybe we can start him as well. I hope he's ready to start."

Marcus Rashford is a doubt after making way for Pogba with an apparent injury, while Edinson Cavani could again miss out with a knock.

Anthony Martial has missed the last two games with a hip injury, though he has still been picked in the France squad for this month's World Cup qualifiers.

However, Solskjaer is not concerned by Martial's inclusion by Didier Deschamps.

"I just want Anthony fit. Same with Paul, we just want them to go and play. They've missed too many games," said Solskjaer.

"This was a hip injury he got against Milan a week ago. We hoped he was going to be ready for West Ham. Then he couldn't make that one, he was close to getting fit for this one [Milan second leg], hopefully he'll make Sunday.

"We're not sure, because it's not reacted how we'd want. It'll just benefit him if he's fit enough to go with France and play."