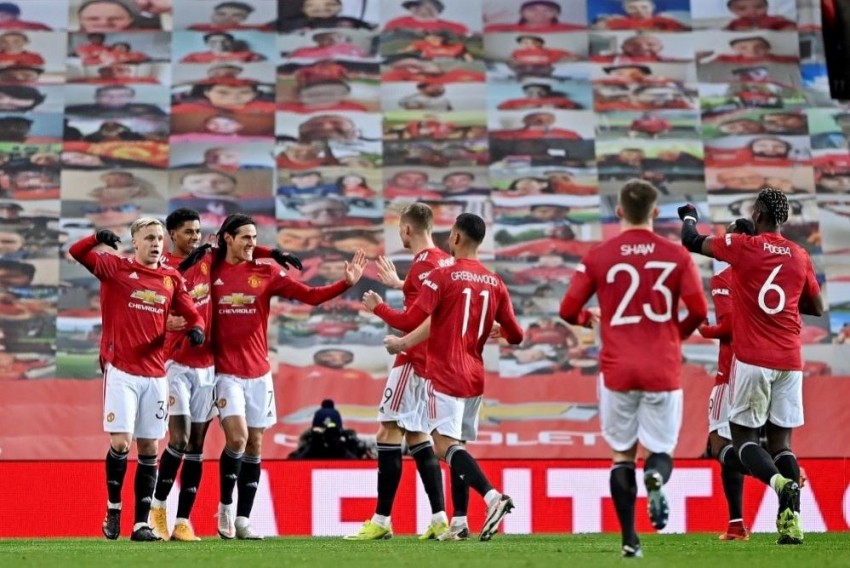 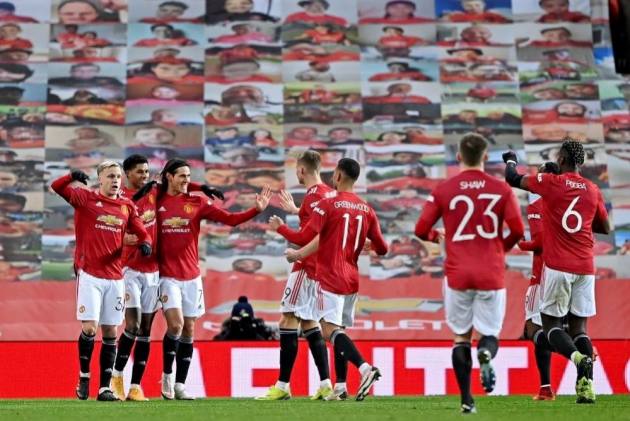 Mason Greenwood and Marcus Rashford turned the game in United's favour after Mohamed Salah had put Liverpool ahead in the 18th minute.

Salah's second of a pulsating contest levelled matters once more with Liverpool looking the more likely to prevail thereafter.

However, the introduction of talisman Fernandes proved a masterstroke as he arrowed a low free-kick into the bottom-right corner from the edge of the area to set up a fifth-round tie with West Ham.

28 - Since his Man Utd debut in February 2020, Bruno Fernandes has scored more goals than any other player for Premier League clubs (28). Revelation. pic.twitter.com/Kyl0pU83EF

Greenwood provided Liverpool with an early warning as to his threat in the 10th minute when he forced Alisson into a near-post save after a long run down the right.

But Salah was clinical in taking Liverpool's first clear-cut opportunity, latching on to a perfectly placed pass from Roberto Firmino and lofting a composed finish over Dean Henderson.

United continued in the ascendancy and Paul Pogba headed over from a Luke Shaw corner before clearing the crossbar with a free-kick. Scott McTominay had a goal-bound effort cleared, with Pogba unable to curl inside the right-hand post after great work down the left from Rashford.

Just three minutes into the second half, Greenwood returned the favour for Rashford, playing him in with a wonderful throughball after Liverpool lost possession in midfield, his England colleague making no mistake in calmly sliding United ahead.

Yet their lead lasted only 10 minutes as a sloppy pass from Edinson Cavani was ruthlessly punished. James Milner combined superbly with Firmino, who teed up Salah to fire through the legs of Henderson.

Trent Alexander-Arnold tested Henderson at the near post and it was only the reflexes of the United goalkeeper that prevented Firmino from setting up Salah for his hat-trick following another excellent pass down the right.

But the decisive moment came as Fabinho was adjudged to have fouled Cavani just outside the box and Fernandes took full advantage of the opportunity to score his 16th goal of the season.

Cavani saw a header bounce off the right-hand post late on but his misfortune proved immaterial as United held firm to keep hopes of a league and cup double intact.

10 - Manchester United have eliminated Liverpool from the FA Cup proper for the 10th time; in the competition's history, only Liverpool themselves (12 v Everton) have knocked a particular side out more times (including finals). Bragging. pic.twitter.com/Uh1ByptM1J

What does it mean? - Old rivals enjoying contrasting fortunes

Two points clear at the top of the Premier League and into the fifth round of a competition they have won 12 times, United look excellently placed to lift their first trophy since 2017.

With Greenwood and Rashford in this sort of form and Fernandes continuing his remarkable goalscoring exploits – he is up to 28 since his debut in February last year – United will be extremely tough to stop.

For Liverpool, it is just one win in seven games in all competitions since their 7-0 thumping of Crystal Palace suggested a second successive title was on the cards. A place in the top four may represent a limit of what they can achieve this season.

Having failed to score in four of their previous five games, Liverpool can at least take solace in rediscovering their touch in front of goal. Their efforts in that regard owed much to Firmino, who got two assists from his four key passes and did not deserve to be on the losing side.

Alexander-Arnold below his best

Normally such a key factor in Liverpool's attacking play, Alexander-Arnold was largely missing in action on that front. He played one key pass but his passing accuracy of 66.7 per cent in the United half was the joint-worst on the team. None of his five open play crosses were categorised by Opta as 'good crosses'.

- Liverpool have won just one of their last 15 matches at Old Trafford in all competitions (D4 L10), and are winless in their previous eight at the ground (D4 L4).
- Manchester United have won each of their last eight home games in the FA Cup; only from 1908 to 1912 have they had a better winning run on home soil in the competition (9 games).
- Liverpool are the first reigning Premier League champion to be eliminated from the FA Cup as early as the fourth round since Manchester City in 2014-15.
- Firmino has assisted Salah for 18 goals in all competitions for Liverpool, the most any player has set up another for the Reds under Jurgen Klopp. Indeed, since they first played together in 2017-18, this is the most one player has assisted another for all Premier League sides in all competitions.
- Greenwood scored his first goal for Man United in 11 appearances in all competitions, ending his longest run of games without a goal for the club. Indeed, aged 19 years and 115 days, he was the youngest Red Devils player to score against Liverpool since Wayne Rooney in January 2005 in the Premier League (19y 83d).

United will look to further strengthen their Premier League title challenge on Wednesday when they host Sheffield United. Thursday sees Liverpool visit Tottenham in a game that will be crucial for their top-four aspirations.