Liverpool Vs RB Leipzig, Live Streaming: When And Where To Watch Champions League Round Of 16 Return Leg

Liverpool face RB Leipzig with the hope to salvage their season. Check match and telecast details of their UEFA Champions League, round of 16, return leg match 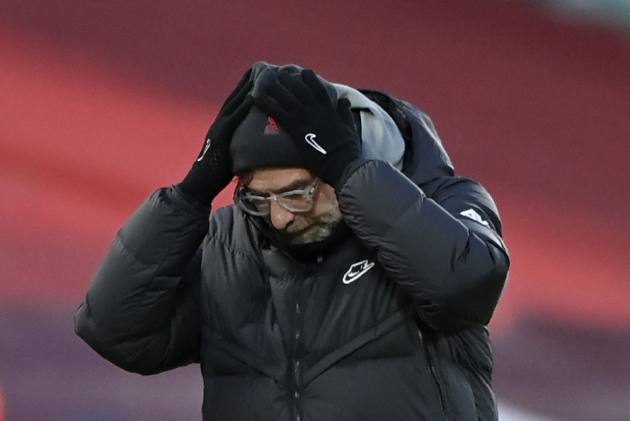 Liverpool and RB Leipzig return to the neutral territory at the Puskas Arena in Budapest with the embattled English Champions' two-goal cushion perhaps not as commanding as it seems given their recent form. (More Football News)

Uncharacteristic defensive lapses helped Liverpool in the first leg. But the pressure is on the soon-to-be-deposed English champions because winning the UEFA Champions League might be the most likely route back into the competition for next season.

Juergen Klopp's Reds currently sit outside the Premier League's top four. Leipzig are on a six-game winning run in the Bundesliga and even briefly took over the top spot.

The first leg was tighter than the scoreline suggested with Mohamed Salah and Sadio Mane pouncing to score early second-half goals. That combined with the Reds' recent domestic struggles will offer Leipzig confidence they can turn around the tie.

Liverpool are playing hosts in the Hungarian capital due to German restrictions on visitors amid the coronavirus pandemic.