The Puskas Arena is to stage the second leg of Liverpool's Champions League last-16 tie with RB-Leipzig, having also hosted the first leg 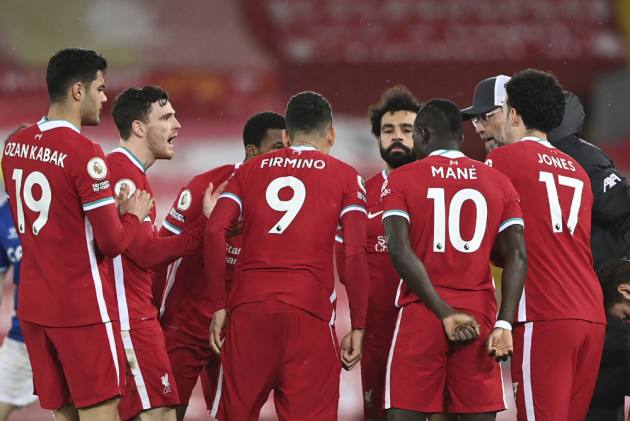 Liverpool's Champions League last-16 second leg against RB Leipzig has been switched from Anfield to the Puskas Arena in Budapest, UEFA has announced. (More Football News)

Last month's first leg, which Liverpool won 2-0 through second-half goals from Mohamed Salah and Sadio Mane, was also held in the Hungarian capital due to coronavirus restrictions affecting travel between Germany and England.

The Puskas Arena will again be the venue for the return fixture between the sides on March 10, with Jurgen Klopp's men the designated home team.

"UEFA can confirm that the UEFA Champions League round of 16 second leg between Liverpool and Leipzig will now be played at the Puskas Arena in Budapest," read a statement on the governing body's website on Thursday.

Which 2 sides impressed you most? #UCL pic.twitter.com/K2iwDzHuN7

"UEFA would like to express its gratitude to Liverpool and Leipzig for their support and close cooperation, as well as the Hungarian Football Federation (MLSZ) for their assistance and agreeing to stage the match."

UEFA announced on Tuesday that Manchester City's last-16 second leg against German side Borussia Monchengladbach will go ahead at the Etihad Stadium as planned, despite the first leg being staged in Budapest.

That is because of different regional restrictions affecting Leipzig, in the state of Saxony, to Monchengladbach in North Rhine-Westphalia.