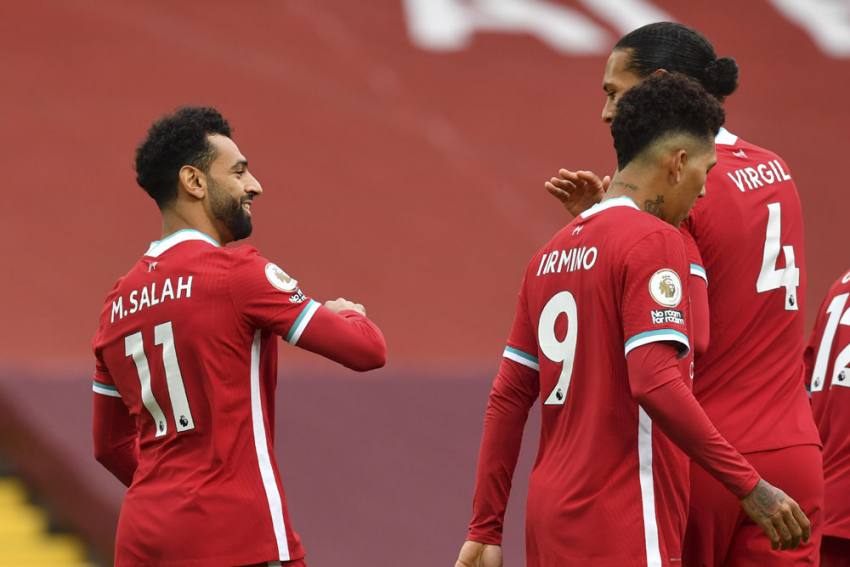 Liverpool's Mohamed Salah, left, celebrates with his teammates after scoring a goal against Leeds United at Anfield
Phil Noble, Pool via AP
Omnisport 2020-09-12T23:21:10+05:30 Liverpool Vs Leeds United: Mohamed Salah Gets Liverpool Off And Running With 50th Premier League Goal At Anfield 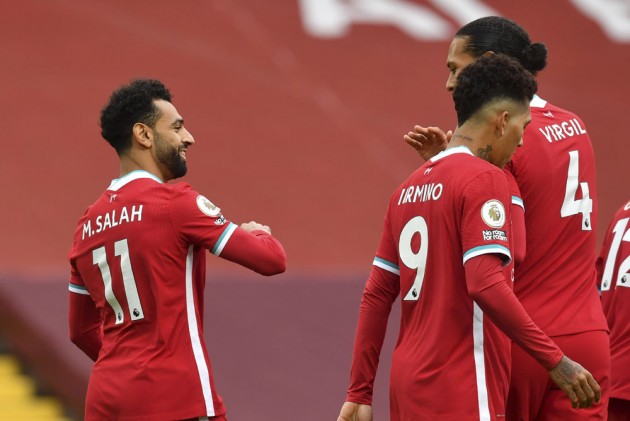 The Egypt star's half century has taken 63 matches, with only England great Alan Shearer (47) doing so in fewer appearances.

Salah is also the second player in Premier League history to score on the opening day of four consecutive seasons, following Shearer's old England strike partner Teddy Sheringham from 1992-93 to 1995-96.

Liverpool's early opener was swiftly cancelled out by a brilliant Jack Harrison strike.

Virgil van Dijk headed the hosts back ahead in the 20th minute but was uncharacteristically culpable with a horrible error that let in Patrick Bamford for Leeds' second equaliser.

Salah then continued an electrifying start by smashing in his 51st Premier League goal in the 33rd minute.

4 - Mohamed Salah is the first ever @LFC player to score on the opening day of four consecutive league seasons; he's only the second to do so in the @premierleague for any club, after Teddy Sheringham (1992-93 to 1995-96). Fab. pic.twitter.com/vhX99BEQVv