Ian St John, who was one of Liverpool's star performers of the Bill Shankly era, has died 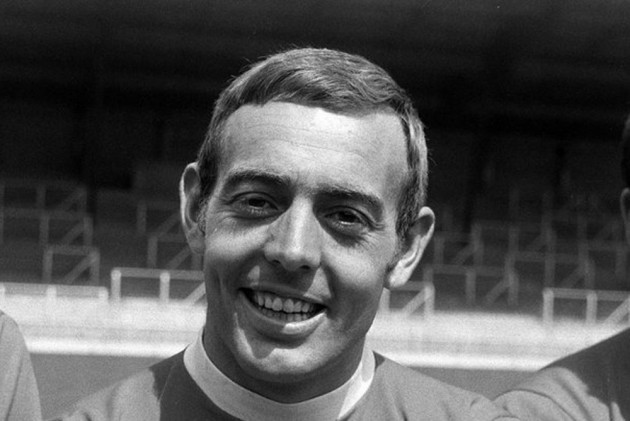 St John was one of the star performers of the Bill Shankly era at Anfield after joining for a then club-record fee of £37,500 from Motherwell in 1961.

After helping Liverpool to secure promotion not Division One, he was a key member of title-winning sides in 1963-64 and 1965-66.

Those successes came either side of arguably St John's finest hour, when he netted an extra-time winner to sink Leeds United 2-1 in the FA Cup final and secure Liverpool's first success in the competition.

He won 21 Scotland caps and returned to Motherwell as manager in 1973.

However, St John's post-playing career is best remembered for his time as a media personality, most notably alongside former England striker Jimmy Greaves on the inimitable "Saint and Greavsie" show.

"It is with a heavy heart that we have to inform you that after a long illness we have lost a husband, father and grandfather," St John's family said in a statement issued via Liverpool's official website.

"He passed away peacefully with his family at his bedside.

"We would like to thank all the staff at Arrowe Park Hospital for their hard work and dedication during these very difficult times.

"The family would be grateful for privacy at this extremely sad time."

RIP Ian St John another Liverpool Legend sadly passes away. One of the players along with Bill Shankly who made this club what it is today. I’ll remember him most on the best football show on tv, The Saint & Greavsie. X pic.twitter.com/E1VSJsUoZs

Former Liverpool defender Jamie Carragher was among those to pay tributes on social media.

"One of the players, along with Bill Shankly, who made the club what it is today."

"Scotland and Liverpool has lost a true giant. My love goes to his family. Rest in peace, Ian St John."