Home  »  Website  »  Sports  »  Liverpool Boss Jurgen Klopp: I Know That We Have Loyalty

Liverpool Boss Jurgen Klopp: I Know That We Have Loyalty

Jurgen Klopp has no doubts over the loyalty of his players, but said if a member of his Liverpool squad wants to leave, they will be shown the door. 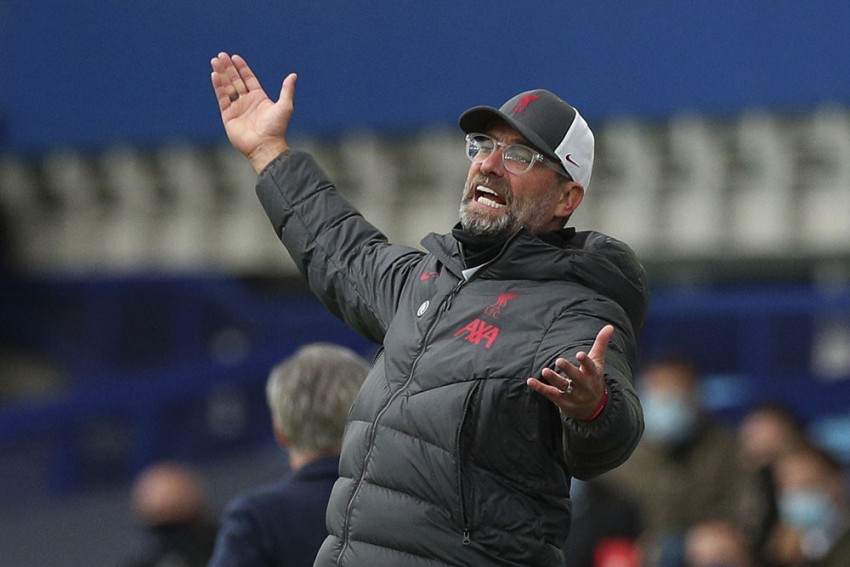 Jurgen Klopp also stressed that the injuries to key players were the primary cause of Liverpool's loss of form.
AP Photo
Omnisport 2021-03-06T09:38:24+05:30 Liverpool Boss Jurgen Klopp: I Know That We Have Loyalty

Jurgen Klopp insists he has no doubts over the loyalty of his players, but said if a member of his Liverpool squad wants to leave, then they will be shown the door. (More Football News)

Liverpool's dismal form continued on Thursday, as they went down 1-0 at home to Chelsea – a fifth successive defeat at Anfield, a club record.

The Reds have not won a home game in the Premier League since December 16, while they sit four points off the Champions League places with 12 games remaining.

Sunday's home game against Fulham does at least offer Liverpool a good chance – on paper – to get back on track, though they could only manage a 1-1 draw at Craven Cottage earlier in the campaign.

Liverpool have never lost a home Premier League match against a promoted side under Klopp (P15 W14 D1), while Fulham have won just two of their 26 away league games against reigning top-flight champions (D3 L21), beating Ipswich Town 1-0 in March 1963 and Manchester United 3-1 in October 2003.

With the title well out of reach, Klopp has already acknowledged the only goal is to achieve a top-four finish, though the competition is stiff, with West Ham, Everton, Chelsea, Leicester City and Manchester United all ahead of Liverpool, while Tottenham, Aston Villa and Arsenal could also fancy their chances of catching the Reds.

Asked if he was concerned missing out on the Champions League could result in his star players asking to leave, a bullish Klopp told a news conference: "That's nothing we have to worry about.

"I know that we have loyalty. I know them well enough. If a player wants to leave because we don't play in the Champions League, I don't want him. It's nothing I worry about.

"We all expect more. We are realistic about the things we do. I don't feel like the team leaves me alone in the fire, it's just how it is.

"Nobody else speaks in the club, nobody above me speaks. In Germany, it's typical that the CEO faces the questions. The situation here is different. The owners want me to sort the situation."

Should the worst-case scenario come to pass, however, Klopp is confident it would only be a temporary blip.

"This club will not be a regular out of the Champions League," he added. "The potential and the power. The team, the squad – if they are not all injured. We are ready to battle.

"This club is in a really good position in difficult times, better than others I would say. Nobody has to worry about the future, it's in good hands. That is the best basis for a good future."

Klopp also stressed that the injuries to key players – mainly in his defence, with stand-ins Jordan Henderson and Fabinho then suffering problems – were the primary cause of Liverpool's loss of form.

"I cannot really tell people what they should think. If you want to doubt me, I think that is possible because of the team," Klopp said when asked if he understood any doubts over his ability to turn the situation around.

"If you judge the situation right, it's a difficult year where unity can be shown in a more special way. The boys did not change, the situation changed.