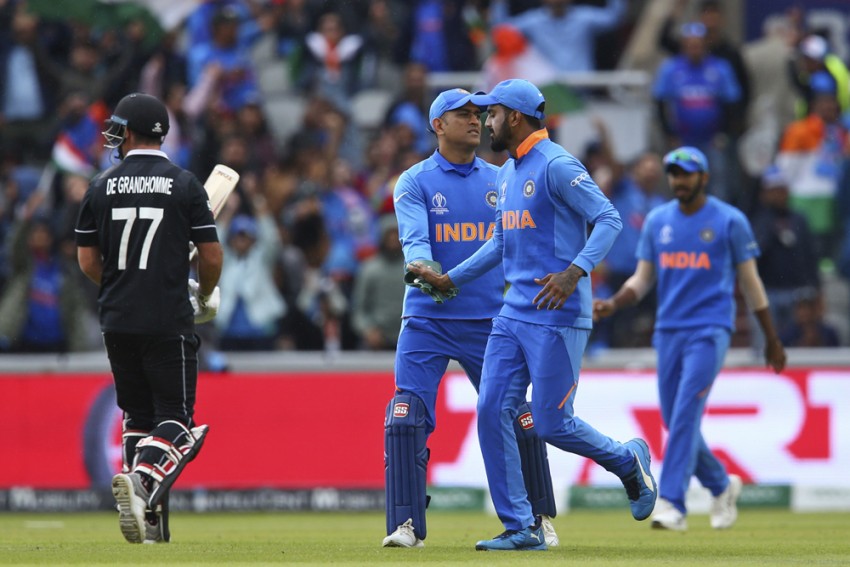 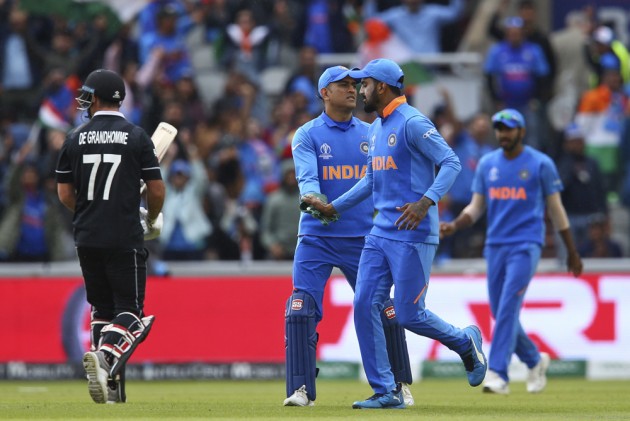 India took control of their Cricket World Cup semi-final against New Zealand, who laboured to 211 for 5 when rain brought a halt to proceedings in the 47th over. Kane Williamson won the toss and elected to bat first at Old Trafford, Manchester, but they toiled to 27-1 in the powerplay before Kane Williamson (67) at least attempted to push their innings on. Heavy rain and a poor outfield force the umpires to call off play. The India vs New Zealand match will resume at 3 PM IST on Wednesday (July 10). You can get live coverage of India vs New Zealand through live streaming, live TV and live cricket score. (LIVE UPDATES DAY 2| LIVE SCORECARD | SCENARIOS)

A 31-run defeat to England is all that mars a perfect record for India, and with Rohit Sharma in devastating form with the bat they would certainly be worthy finalists. New Zealand looked on course to cruise into the last four after winning five straight games, but they lost their way towards the end of the group stage and were fortunate Pakistan did not click into gear until late on.

After their sloppy batting, New Zealand - beaten finalists in 2015 - may have their work cut out to progress against 2011 champions India, who have won seven matches in the competition and are hot favourites to triumph at Old Trafford.

For the record, there have been seven completed matches between India and New Zealand in World Cup history - the Black Caps have edged it so far with four wins. However, India have recorded six victories in their last seven ODIs against New Zealand.