Joe Root became the first-ever player to score a century in his 98th, 99th and 100th Test as England finish Day 1 on 263/3. Catch the highlights of IND vs ENG first Test match in Chennai here. 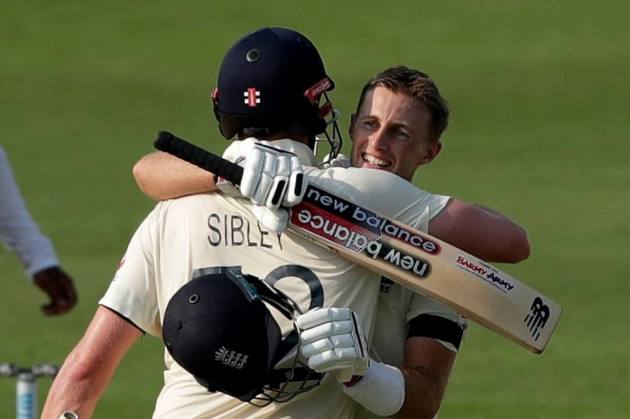 Skipper Joe Root scored a century in his milestone 100th match as England finished Day 1 of the opening Test against India on 263 for 3 on Friday. Root was batting on 128 at stumps after adding 200 runs with opener Dominic Sibley (87) for the third wicket. The day's play ended with Sibley being dismissed by Jasprit Bumrah.  The third wicket Root and Sibley partnership  put England in a strong position. The duo came together in the morning session when England were reduced to 63 for 2. The duo made the Indian bowlers toil for the remaining two sessions.  For India, Bumrah took two wickets for 40 runs while Ravichandran Ashwin got one for 68 runs.

Here's what Joe Root said after a historic day: "Need to get some fluids into me, was cramping towards the end. We need to make sure tomorrow that we make use of a strong first day. It's an unusual looking surface but it played pretty well. On the slower side, but I think it's going to spin as the game goes on. A bit of reverse swing too, and it was a good contest against India's bowlers. "
"I'm a firm believer than your best hundred is your next one. Plenty of cricket still to be played. It was actually a quite nice day today," he added. Brief Scores: England 1st innings: 263 for 3 in 89.3 overs (Dominic Sibley 87, Joe Root batting 128; Ravichandran Ashwin 1/68, Jasprit Bumrah 2/40).

Catch the highlights of Day 1 of the first IND vs ENG Test match from Chennai here: