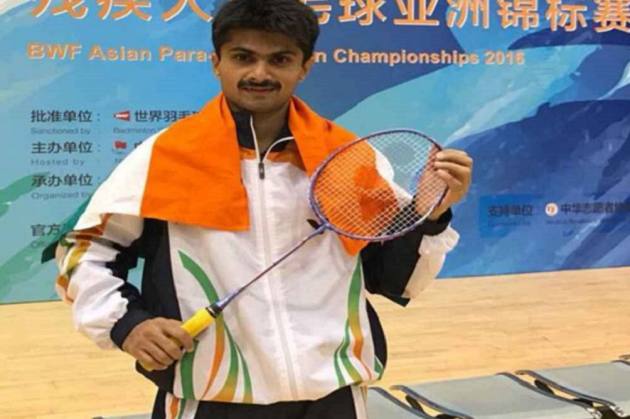 A busy day for India at Tokyo 2020 Paralympics on Thursday ended with Arvind Malik finishing seventh in the men's shot put F35 event. Earlier in the day, Prachi Yadav qualified for the semifinals of the canoe sprint event in women's Va'a single 200m. Shuttler Pramod Bhagat (class SL3) also sailed into the men's singles semifinals. But overall, it was a mixed day for India at the Games. Aruna Tanwar was forced to withdraw from the repechage round of women's taekwondo K44-49kg class because of an injury while shooter Rahul Jakhar signed off 5th-placed finish in the P3 mixed 25m pistol SH1 event. Catch highlights here. (MEDAL TALLY)

Arvind Malik produces his best throw in the final attempt,  and thus avoids the ignominy of having the wooden spoon. Still seventh in the 8-man field with a best throw of 13.48.

And with that's India's day is over.

Arvind Malik still lying at the bottom after five attempts. His best throw so far is 12.41.

Slight improvement from Arvind Malik. He manages 12.41 in the second attempt, but still occupying the bottom spot.

Arvind Malik off to a poor start. Just manages 10.52m in his first attempt.

India's Arvind Malik will be one of the eight competitors. He finished 6th at the 2019 Dubai World Championships with a best throw of 13.06m. But he has a season's best throw of 14.05.

Suhas Yathiraj gave #IND a good start in #ParaBadminton on Day 9âÂÂÂÂÂÂÂÂÂÂÂÂÂÂÂÂÂÂÂÂÂÂÂÂÂÂÂÂ£ of the #Paralympics, as he cruised through to a straight sets victory over #GER's Niklas Pott! #Tokyo2020 pic.twitter.com/InS1hfT8rN

7:15 AM IST: Here are the results from the early morning action in Tokyo

All eyes will be on Akash and Rahul Jakhar in the shooting range while Aruna Tanwar will be in fray in the women's 49 kg taekwondo qualifiers. Apart from Suhas L Yathiraj and Pramod Bhagat (singles), Palak Kohli and Parul Parmar will team up in the badminton women's doubles event. Palak and Parul will also play their respective singles matches. In men's shot put, Arvind will be in the finals.