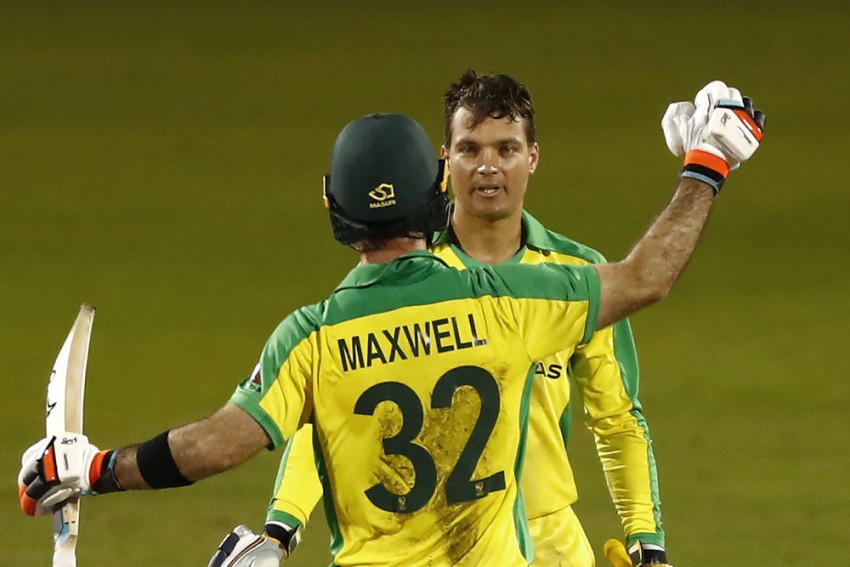 This is the one big match before the start of the Indian Premier League (IPL) 2020. It's 1-1 after two thrilling matches between England and Australia at Old Trafford, Manchester. And on Wednesday, at the same venue, top-ranked England will go against fifth-ranked Australia with an eye to complete a double this tour.

England defeated Australia 2-1 in the T20Is [In Pics]and still came short of wresting the numero spot in the ICC rankings for the shortest format of the game. But the Eoin Morgan-led outfit can consolidate their position as the top team in the ODIs with a win against a strong Aussie team. The visitors lost a golden opportunity to win the series against the reigning world champions on Sunday. Aaron Finch & Co were on course until they lost the plot in a dramatic batting collapse.

Besides fighting for their respective national teams, the England and Australia cricket stars will also use the match as probably the last warm-up before heading to the United Arab Emirates (UAE) for the Indian Premier League (IPL) 2020, which starts on September 19 with a clash between Mumbai Indians and Chennai Super Kings.

TOSS: England have won the toss and opted to bat first.