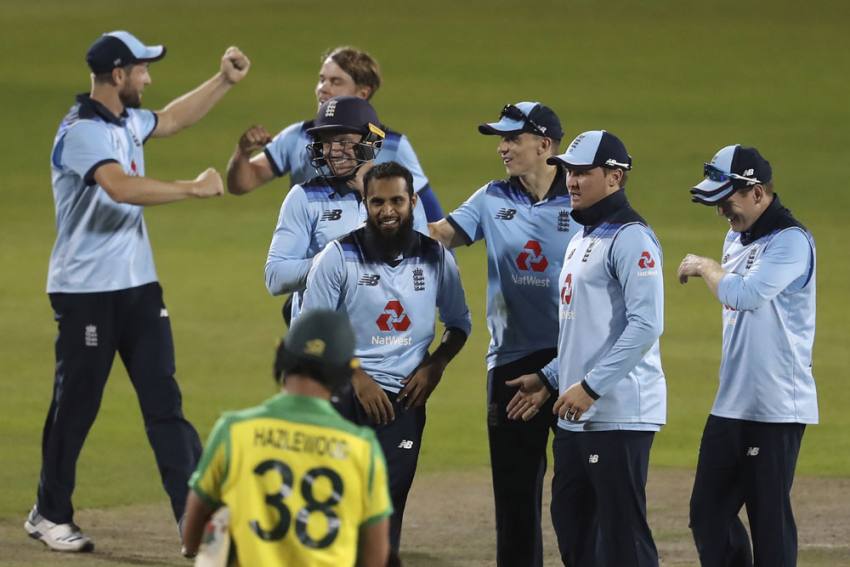 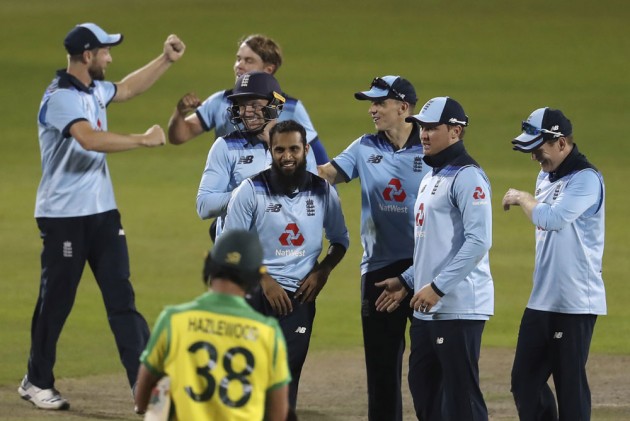 Australia suffered another batting collapse as England fought back from the brink to draw level in their ODI series with a brilliant 24-run victory at Old Trafford. (More Cricket News)

Eoin Morgan's side came back in thrilling fashion in the opening Twenty20 against Australia earlier in September, and the tourists snatched defeat from what looked set at one point to be a comfortable triumph in Manchester.

Australia's collapse came on the back of a strong start from Aaron Finch (73), whose side had ripped through England's top order after Morgan elected to bat first.

Finch and Marnus Labuschagne (48) looked to be ticking Australia towards a series win, but England rallied – Sam Curran (3-35) wrapping up the victory after Woakes and Archer dismantled the tourists' middle-order.

Unchanged from Friday's win despite Steve Smith passing a second concussion test, Australia picked up where they left off.

Mitchell Starc thought he had Jason Roy trapped leg before from the second delivery of the day, yet England's opener successfully reviewed the decision.

Starc did not have to wait long for his wicket, though, and had Jonny Bairstow caught behind for a duck, while Marcus Stoinis dismissed Roy (21) with a superb throw from the covers, leaving England 32-2 by the end of the first powerplay.

Joe Root (39) and Morgan (42) eased to a 50 partnership to settle England, though Finch's decision to bring on leg-spinner Zampa paid dividends as he dismissed England's Test captain.

Morgan struck three boundaries in the space of five balls to up the tempo, but Pat Cummins pinned Jos Buttler in front before England's skipper was also given out lbw on review.

Sam Billings, Sam Curran and Woakes fell quickly as England were left reeling, though Tom Curran and Rashid successfully limited the damage to set Australia a target of 232.

Archer once more had David Warner's number when he rearranged the opener's stumps with a wicked delivery in the fourth over of the reply, with Stoinis then succumbing to a brute of a ball from the England paceman that he could only fend to Buttler.

However, Finch and Labuschagne steadied the ship, and Australia's captain had his 50 when he hit Rashid to the ropes.

With the leg-spinner and Sam Curran struggling to make a breakthrough, Morgan turned back to Archer and Woakes, and the latter did the damage with an excellent delivery that caught Labuschagne plumb infront – England successfully reviewing Michael Gough's call of not out.

A frantic spell followed – Mitchell Marsh chopping Archer onto his stumps before Woakes knocked over Finch and Glenn Maxwell.

Sam Curran stepped up next, taking the wickets of Cummins and Starc in successive deliveries before Zampa looped an easy catch to Archer.

Though Alex Carey (36) clicked into gear to give Australia hope in the final overs, England held their nerve to take the series to a decider when Buttler stumped the tourists' wicketkeeper, who was deceived by Rashid.

PSG 0-1 Marseille: Neymar And Four Others Sent Off In Crazy Le Classique Fight