Lionel Messi At 32: Barcelona Star's Achievements Through The Years

With Lionel Messi turning 32 on Monday, here's a look at his year-by-year achievements since breaking into the Barcelona team 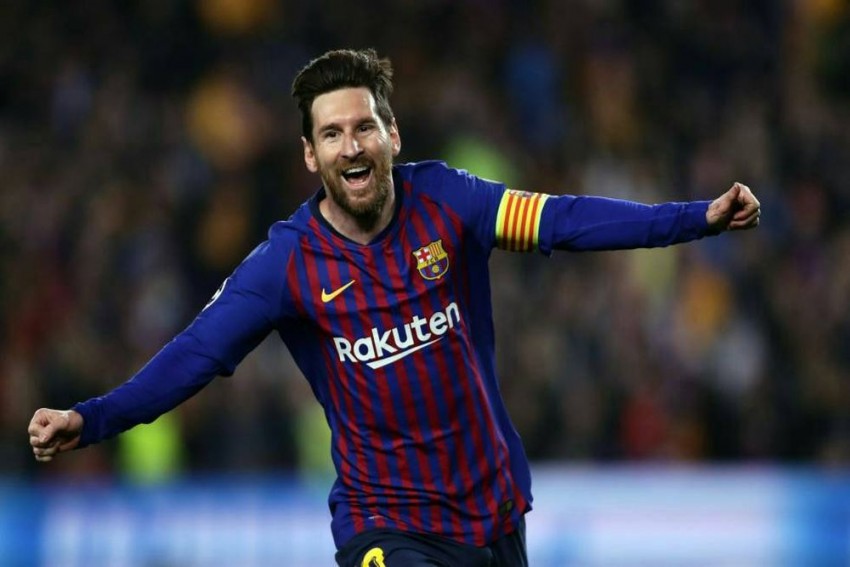 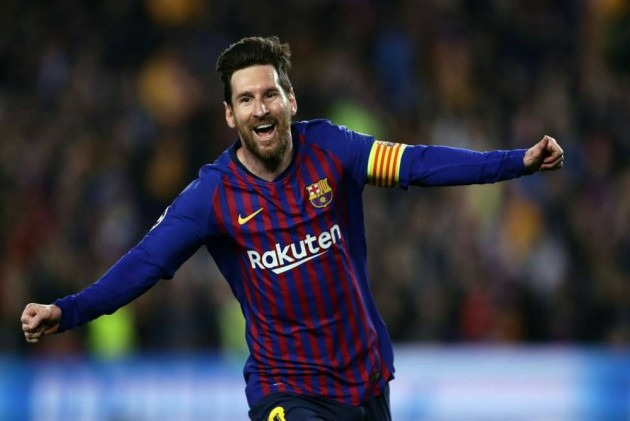 Every birthday that passes represents a step closer to a time world football will no longer be able to enjoy the prodigious talents of Lionel Messi on the pitch.

The Barcelona and Argentina star is 32 on Monday, an age at which most players would be considered to be entering the twilight of their careers.

Granted, if the years are kind to Messi, he could play until he is 40 - he will surely be good enough.

For the moment, he shows little sign of slowing down and continues to rack up the achievements, accolades, trophies and goals.

Here's a breakdown of the birthday boy's achievements at each age -

MESSI THROUGH THE YEARS

17 - Messi announced himself to Spanish football as a 17-year-old, making his debut against Espanyol before going on to get his first goal, a delightful lob in a win over Albacete, having had a similar finish harshly disallowed. That season also brought his first piece of silverware, as Barca won LaLiga.

18 - On the international stage, Messi's career has been a case of 'what might have been' and the signs were there right from the start. His Argentina debut at the age of 18 lasted less than a minute, as he was sent off in a friendly against Hungary. However, he did get his first goal at the same age, scoring against Croatia. At club level, he got his hands on the Champions League for the first time, plus a second LaLiga title and the Spanish Supercopa.

19 - A second successive Supercopa arrived for Messi when he was 19, though his greatest achievement of the year was his first hat-trick, in El Clasico of all games. A clinical finish at the end of a flowing move was followed by an emphatic volley and fine solo effort in a 3-3 draw.

20 - Although he was clearly already destined for greatness, Messi's career may have been significantly different had Pep Guardiola not been appointed Barca coach when the forward was 20. His arrival came after Frank Rijkaard could only guide Barca to third in LaLiga.

21 - Messi found another level and truly established himself as Barca's key player at the age of 21. He scored 38 goals that year, helping the club to a remarkable treble, which included his second European title and a third LaLiga crown.

22 - Champions League and Copa del Rey retention were beyond Barca the following year, though Messi still got to lift the UEFA Super Cup and Club World Cup for the first time. The Blaugrana also won LaLiga and the Supercopa, while Messi took home his first Ballon d'Or and European Golden Shoe.

23 - Another glorious year followed, as Messi got his hands on a fifth LaLiga title and won the Champions League for the third time. He scored 53 goals as a 23-year-old, a personal best at the time, and unsurprisingly clinched a second successive Ballon d'Or.

24 - Although the two main trophies eluded Barca and Messi when he was 24, it proved to be his best year to date in terms of goals. He scored a remarkable 73 in all competitions, making him the obvious winner of a third consecutive Ballon d'Or and second European Golden Shoe.

25 - Incredibly, Messi reached the 300 goals mark for Barca when he was just 25. The same year he guided the team to the league title – his sixth – and won the Ballon d'Or for the fourth season in a row, making him the first to ever achieve the feat.

26 - Having passed the 300 mark at 25, netting 60 that year, Messi became Barca's all-time leading scorer across all matches – including friendlies – when he was 26, passing Paulino Alcantara's record of 369. The Spanish Supercopa was the only trophy he won that year, however, as Gerardo Martino was dismissed.

27 - Messi's Champions League drought ended when he was 27 and he was truly back to his best. He boosted his goal haul from 41 the previous year to 58, passing the 400 mark in the process, and inspired the team to another treble.

29 - The goals landmarks continued to tumble at 29, with Messi surpassing 500 in a Barca shirt. For the year he scored an impressive 54, earning himself a fourth European Golden shoe. With the club, he lifted a fifth Copa del Rey title and seventh Supercopa, but Luis Enrique ended his three-year stint at the helm.

30 - Early in the 2017-18 season, Messi became the first player to reach 350 LaLiga goals and made his 600th appearance for the club across all competitions in November. After the turn of the year, he broke Gerd Muller's record for most league goals at one club in Europe's top five competitions, before helping Barca to a domestic double, while they also set a new record unbeaten streak in LaLiga – 43 matches.

31 - With Andres Iniesta gone, Barca made Messi their new captain in August 2018 and he lifted his first trophy as skipper the same month, winning the Supercopa. He was inspirational in the title win, sparing the team's blushes several times with late goals and winning a sixth Pichichi trophy, equalling Telmo Zarra's record.