LaLiga Is Back: Previously, In LaLiga...

Real Madrid are hot on Barcelona's heels, while there is a four-way fight for Champions League football as LaLiga prepares to return. 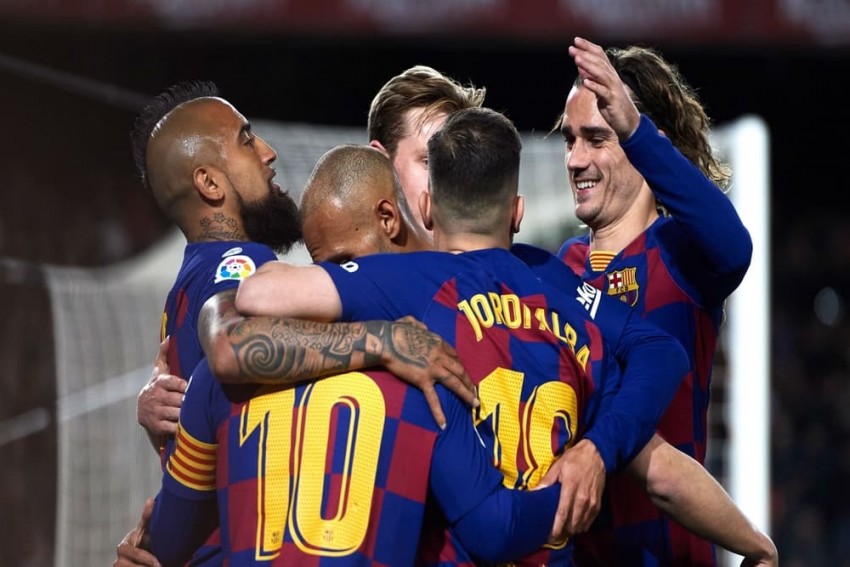 A resumption date of June 8 has been approved, however, and a tense title tussle is back on the cards between the country's two grandest clubs.
Getty Images
Omnisport May 24, 2020 00:00 IST LaLiga Is Back: Previously, In LaLiga... 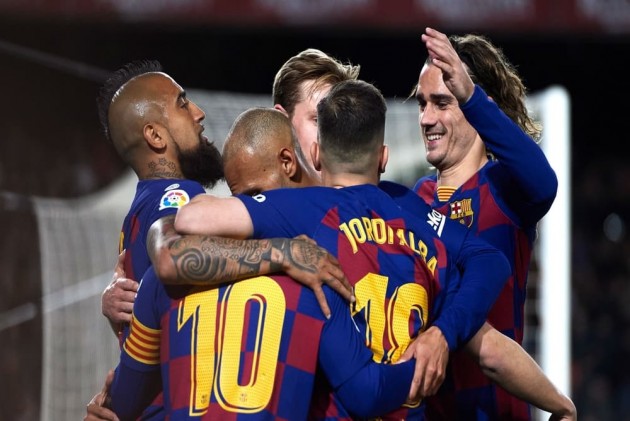 After the Bundesliga's successful return, LaLiga looks to be up next among Europe's top five leagues.

Spain's top flight has been suspended since March 12 after Real Madrid went into quarantine when a player on their basketball team tested positive for coronavirus.

A resumption date of June 8 has been approved, however, and a tense title tussle is back on the cards between the country's two grandest clubs.

Ahead of the big kick-off behind closed doors, we take a look at the story so far in this LaLiga campaign.

What is the state of play?

Madrid have won the domestic league title in just one of the past seven seasons, yet they are poised to push Barcelona all the way this time.

It is Barca who again have the advantage for now, though, holding a two-point lead over their bitter rivals, having reclaimed top spot ahead of the suspension when Zinedine Zidane's side lost at Real Betis.

We fight today, tomorrow we play#StrongerTogether

Defeat in Seville represented a bitter blow for Madrid, who seemed to have seized the initiative by beating the Blaugrana at the Santiago Bernabeu the previous week.

The big two still have work to do in the Champions League - Madrid trail Manchester City after a last-16 first leg, as Barca-Napoli stands at 1-1 - but there is no third horse in the race positioned to take advantage.

It is all to play for in the race for Champions League qualification, as just two points separate third-placed Sevilla and Atletico Madrid in sixth.

Shot-shy draw kings Atleti upset holders Liverpool to reach the quarter-finals of Europe's elite club competition, but must battle past Real Sociedad and Getafe to be assured of a return to the big time next season.

At the foot of the table, Espanyol, Leganes and Real Mallorca occupy the relegation places. Celta Vigo are a point clear of Mallorca in 17th.

What have been the big controversies?

Even by Barca's colourful standards, this has been a particularly tumultuous season.

Head coach Ernesto Valverde was sacked in January following a Supercopa de Espana semi-final reverse at the hands of Atletico, and sporting director Eric Abidal bravely picked a fight with the squad, including former team-mate Lionel Messi, by suggesting players were not working hard enough for the dismissed boss.

Messi fired back and claimed Abidal was "dirtying" the squad, with reports of discontent behind the scenes persisting ever since.

To make matters worse for Barca, club great Messi has a clause in his contract that could prompt a free transfer - although such a departure still seems incredibly unlikely.

Ivan Rakitic is among the Blaugrana stars who might well depart, reminding the club: "I am not a sack of potatoes. I will decide my future. I want to be where I am valued."

Sales are said to be required to fund potential big-money bids for Lautaro Martinez and ex-Barca forward Neymar.

Who had momentum before everything stopped?

New head coach Quique Setien was not immediately able to arrest Barca's January slump and they ceded top spot to Madrid after a run of just two wins in six in the league.

However, the Catalan giants had been a picture of consistency since the January 25 loss at Valencia - until visiting Madrid.

A run of four straight wins was ended by Zidane's men, yet Barca were back on track when they beat Sociedad prior to the pause in play.

Madrid, by contrast, have taken just four points from their past four games, with the Barca game sandwiched between a pair of defeats. Los Blancos had previously lost just once in the league this term.

The suspension came at a frustrating time for Sociedad, meanwhile, after four wins in five - losing only to the leaders - moved the Basque outfit into the top four.

Wins for Leganes and Mallorca in their most recent fixtures ensured both sides retained survival hopes.

Which clubs have had it toughest during the COVID-19 months?

The positive test for a Madrid basketball players may have prompted the season's suspension, but Valencia were the LaLiga club most prominent in early discussion of coronavirus.

Ezequiel Garay, Jose Gaya and Eliaquim Mangala each confirmed diagnoses, before Los Che revealed on March 16 that 35 per cent of those at the club tested had returned positive results.

Madrid still made the headlines, though, as forward Luka Jovic was criticised for breaching self-isolation measures on his return to Serbia.

Fifteen cases were soon confirmed at Deportivo Alaves, too, while Spain has become one of the worst-affected countries with more than 28,000 related deaths.

The country's leading players at least helped to limit the financial impact of the crisis with pay cuts, with Barca stars forgoing more than 70 per cent of their wages.

LaLiga Is Back: The Complete Schedule For The Remaining Fixtures